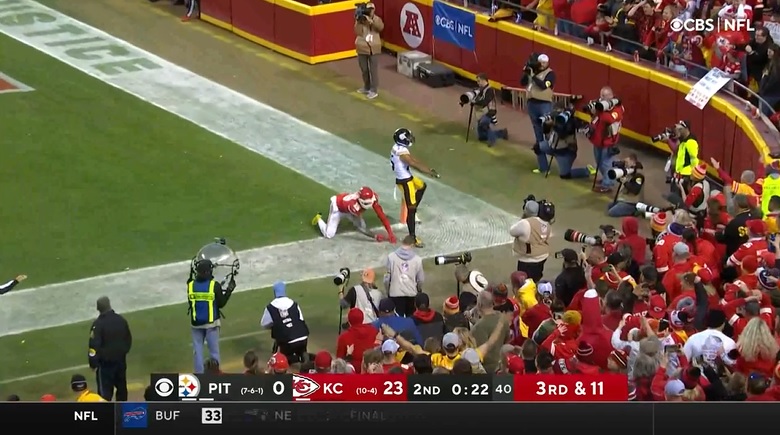 Reasoning: The veteran cornerback continues to play reasonably well when given the opportunity, and with Arthur Maulet on the COVID List, may have a larger role Monday.

First acquired shortly before the regular season started in exchange for a fifth-round pick, Ahkello Witherspoon was seen as a waste of resources for most of the year, spending the majority of his time on the inactive list.

Once he started playing in the second half of the year due to a Lisfranc foot injury suffered by Joe Haden, and subsequent struggles by James Pierre, however, he was able to establish himself as a contributor, and he has since continued to play even with Haden back.

Now that Arthur Maulet is on the COVID List and likely to miss Monday’s game, that could open the door for further opportunities in the team’s final home game of the year. If the team decides to push Cameron Sutton into the slot, that would allow Witherspoon to play the outside snaps when they play nickel.

The caveat is that the Steelers may not have a ton of time in sub-packages in this game, since they are facing a Cleveland Browns team that figures to be dedicated to trying to run the ball with Nick Chubb and the rest of their stable.

Both teams’ seasons are on the line in this one, and they would be wise to lean into their strengths. Chubb is coming off one of his best games of the season, and they are starting to get their offensive line back healthy, with J.C. Tretter back from the COVID List, as well as Jedrick Wills.

One wonders if the Steelers expect to re-sign Witherspoon after this season, especially given the fact that Haden is a pending free agent who is on the wrong side of 30. They did re-sign Chris Wormley this offseason after first acquiring him via trade, so it does work out on occasion.