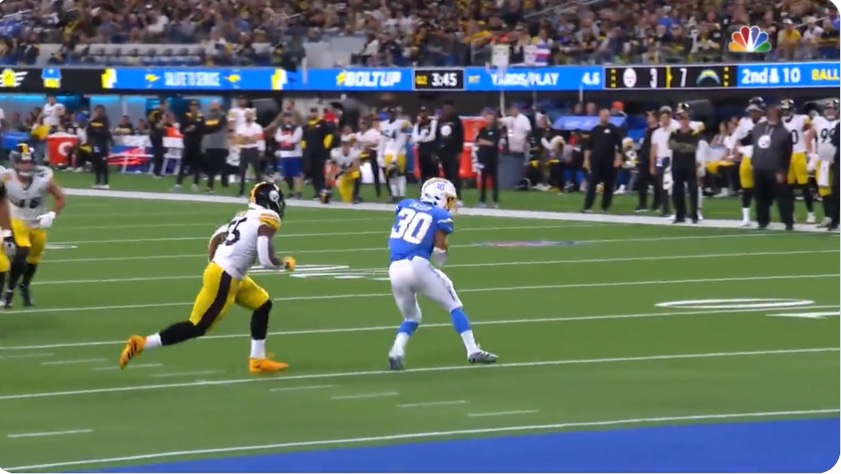 Question: Will Devin Bush finish the season as a starter?

The Steelers’ defense certainly feels like it’s in freefall, a natural correlation with the fact that they have given up 41-plus points in consecutive games for the first time since Cameron Heyward was an infant, and have been allowing more than 180 yards on the ground per game for the last several weeks.

There is a litany of causes, as well as excuses, but one of the concerns has decidedly been the play at linebacker, particularly the play of third-year Devin Bush, who has hardly flashed his first-round pedigree at any point this season.

Bush tore his ACL in mid-October of last year, so no doubt he is not at 100 percent from a performance standpoint, athletically nor psychologically. Still, there can only be made so many excuses for his performance. He was briefly pulled from Sunday’s game after a couple of bad reps and a pre-snap penalty on top of them.

Robert Spillane has had a dime sub-package role for most of the season. He’s currently injured and unlikely to play this week, but if Bush continues to struggle, I don’t think anybody would be surprised if he were pulled in favor of Spillane in a week or two.

The Steelers have to decide next offseason whether or not to pick up his fifth-year option, and at this point, it’s hard to imagine that they will. They didn’t with Terrell Edmunds. If he does indeed end up getting demoted, or even benched, then that pretty much answers that question.