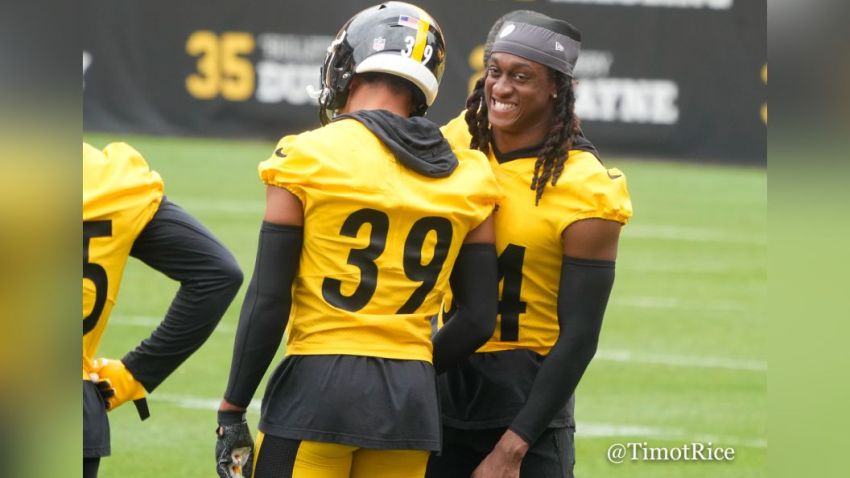 Pittsburgh will take a multi-prong approach to replace Minkah Fitzpatrick should he miss Sunday night’s game against the Los Angeles Chargers due to COVID. Regardless of which men the team relies on, Tre Norwood, Karl Joseph, you get the idea, the Steelers’ secondary starters elsewhere know they need to up their game.

It’s unclear if Pittsburgh will have the rest of its starting secondary healthy in this game. Joe Haden’s status is unknown after suffering a foot sprain against the Detroit Lions, leaving the Steelers potentially without two starters against a potent Chargers’ attack.

But Edmunds is right, the veterans who are out there have to shoulder the load of any new faces mixed into the defense. The good news is players like Norwood, Arthur Maulet, Miles Killebrew, and even Joseph aren’t brand new to seeing the field this season. Three of the four are veteran players and Norwood, the rookie, has logged plenty of snaps this season.

Pittsburgh will have their hands full versus the Chargers. Led by Justin Herbert, L.A. has a variety of weapons in Mike Williams, a downfield, jump-ball machine, Keenan Allen, one of the league’s best route runners, and Jared Cook, still an athletic tight end down the seam.

Despite the can-do attitude, Edmunds knows not having Fitzpatrick on the field is still a loss.

“He definitely makes an impact just because his leadership out there. He’s a very vocal guy. He’s a guy that you could still count on being in the right spots, even though he doesn’t have the interceptions or turnovers, like people may want them to have. He’s still playing good football for us.”

Since being traded to Pittsburgh, Fitzpatrick hasn’t missed a game. That streak is in jeopardy this weekend. As is the Steelers’ no-loss streak.