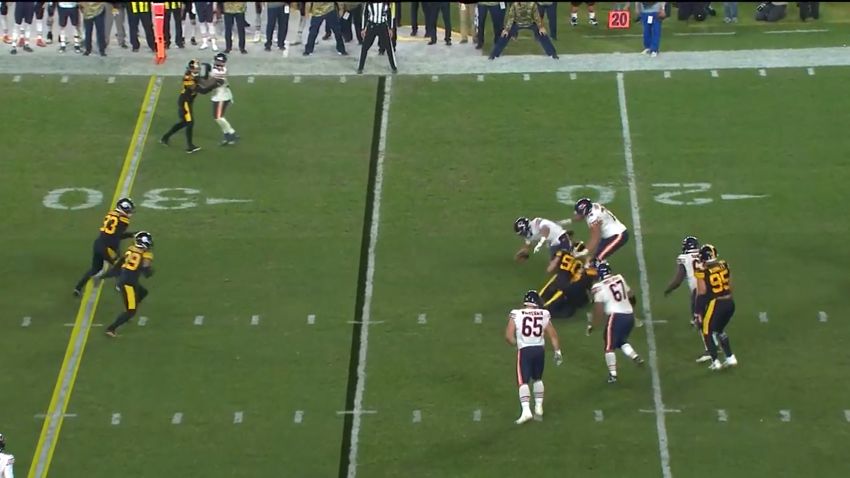 T.J. Watt entered Monday night’s game tied for fifth place in the NFL with 8.5 sacks, with Myles Garrett out in front with 12, Harold Landry, Matt Judon, and Markus Golden all tied with nine. The Pittsburgh Steelers superstar had two sacks by halftime, bringing him into second place in the league through nine weeks at 10.5. And then he added a third in the second half, pushing it up to 11.5, now just half a sack behind Garrett for the lead, the Browns not yet having had a bye.

In 69 career games, Watt is also the fourth-fastest in NFL history to reach 60 career sacks, behind only Derrick Thomas (67 games), his older brother J.J. (66), and the legendary Reggie White, who did it in just 50 games—16 faster than anybody else.

.@_TJWatt reached 60 career sacks in just 69 games, which is the fourth-fewest games to that total in NFL history. https://t.co/L6NS5kQ5z3

With 11.5 sacks in nine weeks, Watt is obviously on pace to break Harrison’s single-season franchise sack record. He finished the 2020 season with a league-leading 15 sacks in 15 games played, having sat out the season finale by Tomlin’s decision due to the game holding no significance to their playoff seeding.

The three sacks also gave him four consecutive seasons in which he recorded double-digit sacks. That is the most in Steelers history, breaking a four-way tie with Jason Gildon, James Harrison, and LaMarr Woodley for the most such seasons with the team.

Both Harrison and Woodley each recorded 10-plus sacks in three consecutive seasons between 2008 and 2010, encompassing that dominant early run in the Mike Tomlin era in which they appeared in two Super Bowls, winning one. Harrison was the Defensive Player of the Year in 2008, and set the team record for 16 sacks.

It’s worth remembering that Watt is only in his fifth season. He now has 61 sacks, pushing him past 60, a mark only four players in team history have reached in the sack era, including Cameron Heyward, who just reached that mark earlier this season (Harrison, Gildon, and Joey Porter being the others; Joe Greene and L.C. Greenwood are also credited with 60-plus sacks in the pre-sack era).

With about half a season still left to play, though, Watt is actually looking to keep alive a streak of seasons with 13-plus sacks. He recorded 13 in 2018, 14.5 in 2019, and finally 15 last year, and he is on the best sack pace of his career, currently on pace to finish the year with 23, which would be an NFL record.

There was debate within the fan base this offseason over whether or not he was worth paying a huge salary, but he seems to be out to prove the naysayers wrong, having the best season of his career after signing a record-breaking $28 million-per-year contract extension.

His most notable play of the season game in week six against the Seattle Seahawks, recording a strip sack against quarterback Geno Smith in overtime, with Devin Bush recovering the ball in field goal range. That play directly led to a victory during a time in which the Steelers were struggling to find them. He also helped end tonight’s game with a batted pass with five seconds left that forced the Bears to attempt a 65-yard field goal that came up comically short.