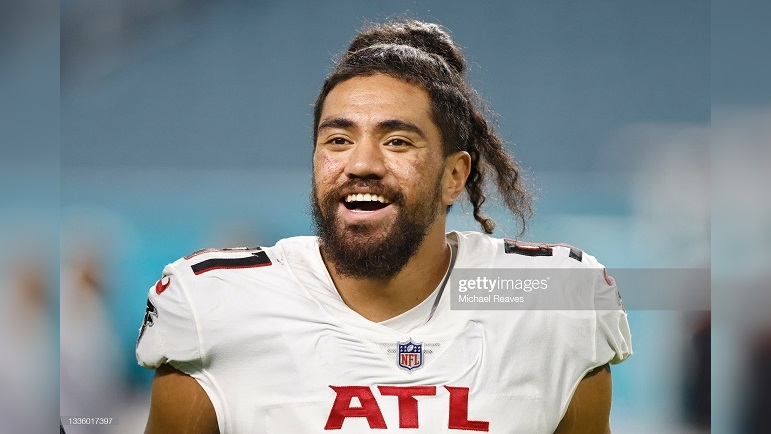 The Pittsburgh Steelers will have a new outside linebacker on their practice squad on Wednesday, as the team is signing Jacob Tuioti-Mariner to fill the open spot.

After a surprising release from the Atlanta Falcons, Jacob Tuioti-Mariner has signed with the Pittsburgh Steelers practice squad, per a league source

As a member of the Falcons’ practice squad in 2018, Tuioti-Mariner worked his way up to play a significant rotational role across the team’s defensive line by 2020. The former undrafted free agent out of UCLA made the move from true defensive lineman to outside linebacker after the Falcons re-signed him before the 2021 Draft. He dropped significant weight during the offseason to make that move, and the Falcons began his transition to the outside linebacker position during training camp.

Tuioti-Mariner never was given the same rotational role in 2021 as he was in 2020. He was a healthy scratch inactive a few times in the first half of this season, and very rarely saw action when he was on the active game day roster.

Tuioti-Mariner was waived by the Falcons on Tuesday after playing in 24 games through two seasons. Since entering the NFL he has three sacks, 54 total tackles and two forced fumbles in 30 total games.

Here is new Steelers OLB Jacob Tuioti-Mariner with a FF off the edge against the Raiders with a stab/club move #Steelers pic.twitter.com/H9rsL9wvx7