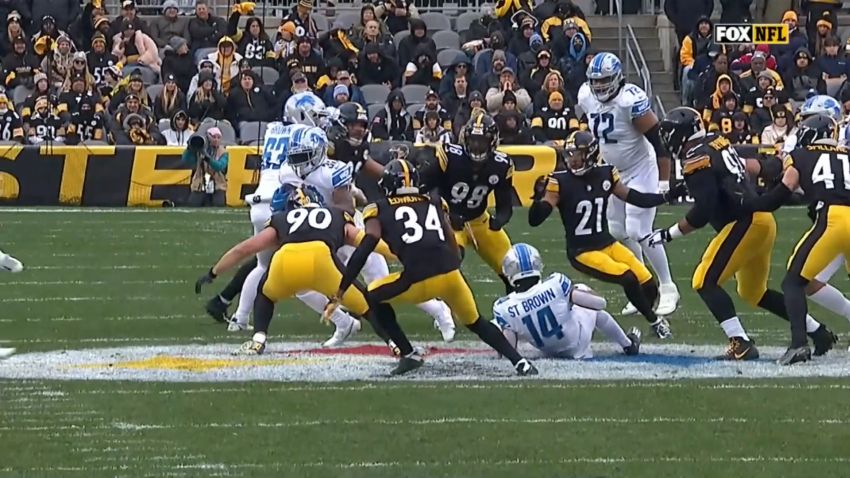 The tie to the lowly Detroit Lions in Week 10 at Heinz Field was rather painful overall for the Pittsburgh Steelers on the field and in the standings.

Though the tie certainly looks ugly and caused the Steelers to lose half a game in the standings, Pittsburgh is still firmly in the AFC playoff picture and in the AFC North division title race. In fact, Pittsburgh still has one of the seven best playoff projections in the AFC, meaning they’re right inside the cutoff for a playoff spot in 2021.

“From an optics standpoint, tying the Lions might have been the most embarrassing result of Week 10. However, the computer doesn’t deal with optics, it only deals with numbers and the computer likes the fact that the Steelers didn’t lose,” Oh writes for CBS Sports. “At 5-3-1, the Steelers have a 54.4% chance of making, which is notable, because every team below them in the projection has under a 50% chance of getting in, according to the computer.”

As the projections say, the Steelers are the last of seven teams in the AFC with a playoff projection higher than 50%. Granted, the Indianapolis Colts check in at 49.1%, but after that there’s a sizable drop-off in the conference as the Cincinnati Bengals sit at 33.1% and do hold a game in hand over the Steelers.

For additional reference, the Las Vegas Raiders sit at 29.1% and the Cleveland Browns sit at 25.6%. The Raiders have a game in hand over the Steelers, while Pittsburgh holds a head-to-head advantage over the Browns.

While there’s still plenty of football left to be played, the Steelers are in a good spot right now, at least in terms of playoff projections. That could all change in a hurry though starting in Week 11 on the road against the Los Angeles Chargers, which kick-starts the Steelers’ tough road ahead featuring matchups against the Chargers, Baltimore Ravens twice, Tennessee Titans, Kansas City Chiefs and Minnesota Vikings, not to mention the Bengals and Browns.

That 54.4% could look a whole lot different in a month or so. For now though, the Steelers are firmly in the playoff picture. That’s the good news, at least.