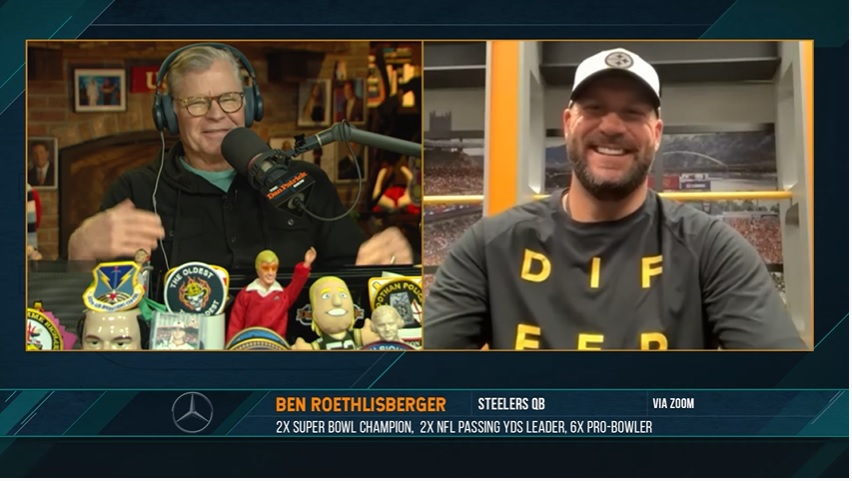 The backstory: #Steelers QB Ben Roethlisberger self-reported symptoms to the team, took a test and was positive for COVID-19, source said. A great example of a player doing the right thing and preventing spread. Tough to self-report but a strong leadership move overall.

Appearing on the Dan Patrick Show last week, Roethlisberger confirmed he is vaccinated, meaning he is still eligible to play in Week 11 against the Los Angeles Chargers and can return to practice as early as Wednesday, assuming he remains asymptomatic and has two negative tests 24 hours apart, according to the NFLPA’s official COVID-19 protocols.

If Ben remains asymptomatic and tests negative twice 24h apart, he can return to practice as soon as Wednesday.

But what a bummer to lose him for Sunday's game.

Appearing on The Dan Patrick Show Last week, Ben Roethlisberger confirmed he is vaccinated. Still keeps him out of tomorrow's game but leaves door open for his return Week 11 against the Chargers. #Steelers pic.twitter.com/SDAbniHrYN

The loss of Roethlisberger for the Lions game stings, especially as it comes less than 24 hours before kickoff against the 0-8 NFC North team. However, reports are backup quarterback and current starting quarterback (for Week 10) Mason Rudolph took most of the first-team reps in the last week of practice and should be more than ready to go in a spot start and a winnable game.