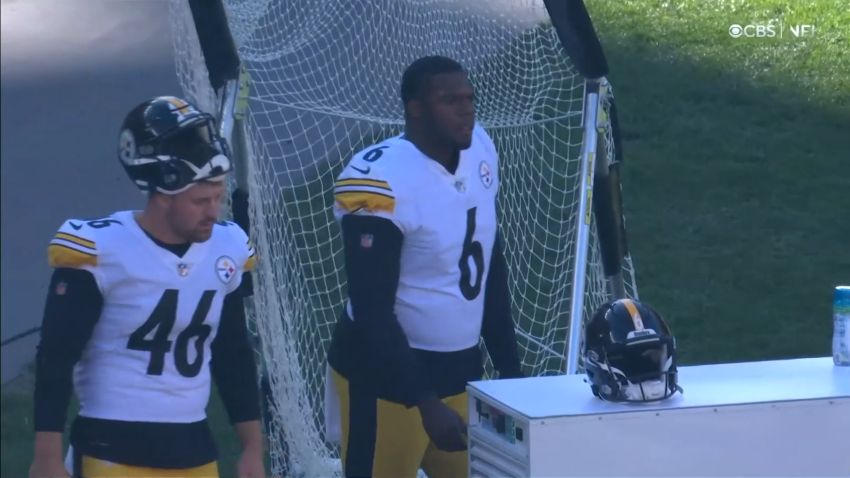 Every once in a while, there will be circumstances that are less than ideal, for one reason or another, due to player availability. That generally comes out of injury, and that is where the Pittsburgh Steelers found themselves the Sunday before last at the kicker position, when Chris Boswell suffered a concussion while attempting a pass on a fake punt.

That left rookie punter Pressley Harvin III in the unenviable position of being the emergency kicker—which you don’t get much practice doing. He’s not a kicker, to be clear. “The last time was high school”, he said, when asked when he kicked in a game.

While head coach Mike Tomlin made the conscious decision of not putting Harvin in the position of having to attempt a field goal, he had to execute kickoff duties. He attempted two kickoffs, the first of which rolled out of bounds. The second reached the 10-yard line, returned to the 20. He sort of admitted that he was in no rush to try a field goal, however, when asked if he tried to campaign for the opportunity.

“I don’t know. It’s kind of hard”, he said. “You’re calling on muscle memory from so long ago, and you can’t just do a couple of dry swings on the sideline and act like you’re fully prepared for that. Especially mentally, because I’ve never been in that position before of having to do that in a game”.

Boswell reminded us of how important it is to have a good kicker, playing a major role in the Steelers’ Monday night win. In just the fourth quarter alone, he completed two 50-plus-yard field goals—the first time any field-goal kicker did that in Heinz Field—recovered a fumble on a kickoff, and then hit the game-winner. The Steelers aren’t looking forward to ever needing to call upon an alternative any time soon. And Harvin admitted that he isn’t directly practicing the role, either.

“I haven’t. Now that I know that that’s something that is a part of this game”, he said, “because I’ve never been in that situation before, I always in the back of my head just try to remember—probably not kick anything—but just have a mental block in my head to tell myself, ‘hey, make sure you know a kickoff step, make sure you know the approach’. If it is a field goal, who else is the next holder up? Make sure they’re kind of prepared for that, too, and just go from there”.

Of course, Harvin has more important concerns. While he won the punting job over veteran Jordan Berry—who is having a good season with the Minnesota Vikings now—he himself is very much looking to find consistency in his punting game. Once he masters that, he can worry about field goals.