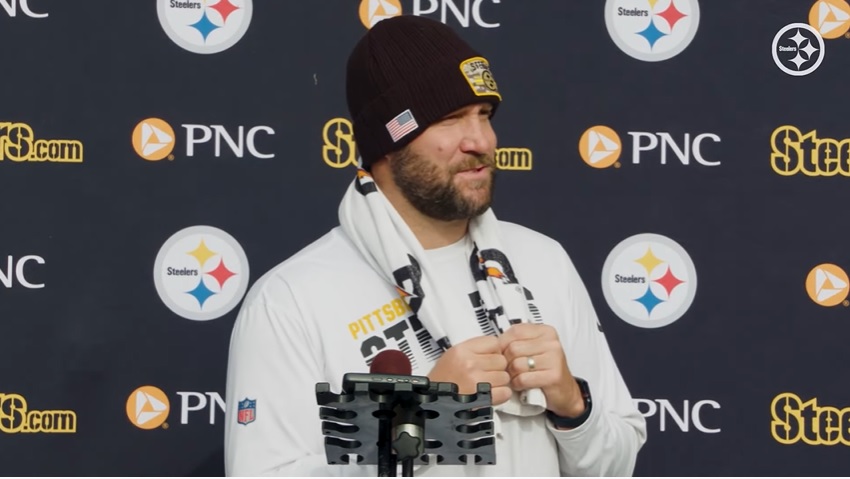 Like the rest of their offense, the Pittsburgh Steelers’ no-huddle package is evolving and improving. Early in the season, Ben Roethlisberger noted the team’s no-huddle playbook was scaled way back under new OC Matt Canada. But as the offense has grown together, so has its ability to change tempo, a key asset in Sunday night’s 37-point performance.

Talking with reporters Wednesday, Ben Roethlisberger said the offense is able to do more out of its no-huddle package than it had before.

“We kind of did a little bit of a of a no-huddle type thing, if you will,” he said to the media via Steelers.com. “For the line to be able to for the first time really kind of do that, to tell them protections and them do it. Just being able to move the ball.”

After scoring just ten points through the first three quarters, Pittsburgh exploded for 27 in the fourth quarter, all on offense, though aided by a punt block and interception that gave the offense short fields. It was the most points they’ve scored in a fourth quarter since 1986. Part of that offensive explosion came via the no-huddle, a necessity down multiple scores. It helped that SoFi Stadium felt like Heinz Field, making crowd noise less of an issue for the Steelers’ offense.

Pittsburgh came into the year with almost a brand-new offensive line, and while that group is still searching for consistency, there’s improvement and a greater understanding of how the offense is run. That’s giving the offense more flexibility and ability to change pace of play.

Roethlisberger broke down the benefits of going without a huddle.

“You’re able to pick the tempo up. You’re able to kind of dictate what the defense is doing a little bit. Or keep them more  plain. That was good… we were able to communicate and I think things went pretty well there.”

By Roethlisberger’s wording, “no-huddle type thing,” the Steelers’ no-huddle of old isn’t all the way back, and might not be at any point this season. But it was more of an asset in the Chargers game than any other contest this year, a product of an offense gaining experience, trust, and ultimately, increased productivity.