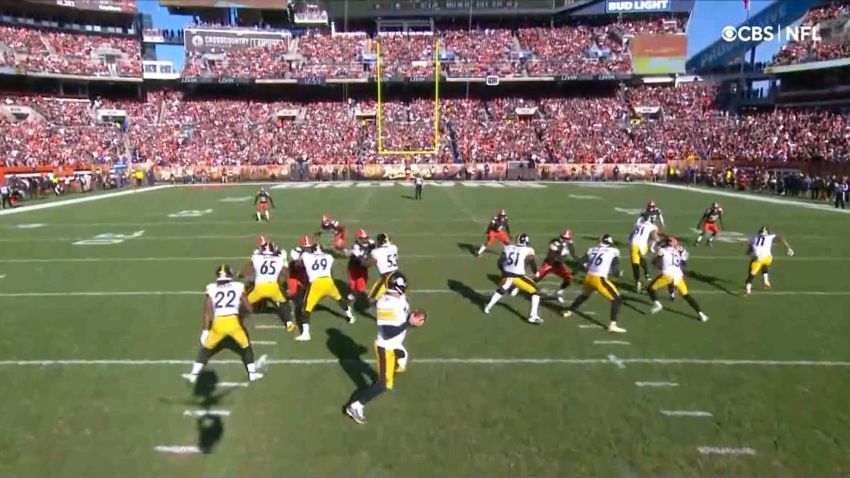 The Pittsburgh Steelers’ offensive line was known to be a work in progress when the season started—which makes the reaction to the fact that they looked like a work in progress somewhat surprising—but the work has been put in for two months now, and the progress is coming.

Outside of one missed start from one lineman, the Steelers have had this starting five together for seven games now, a unit that includes two rookies, a second-year player, and a veteran who is new to the team this year.

The spotlight in particular has been on the rookies, left tackle Dan Moore Jr. and center Kendrick Green, and understandably so. And it’s no surprise that they have had the wildest ranges of performance so far, but they are tightening the gap week by week, both individually and as a unit. Green chalks it up to “continuity”, as he told reporters earlier today.

“We’re starting to get together a little bit”, he said. “We’re still not where we want to be chemistry-wise, but we’re getting there. We’re getting better and better each and every week”.

Aside from the two rookies, they have second-year Kevin Dotson in between them at left guard, who started four games as a rookie last year. to Green’s right is veteran Trai Turner, who has largely taken the young players under his wing, and himself is starting to come around in his own play. Chukwuma Okorafor has started at right tackle, and is perhaps the most vulnerable in terms of his position in the starting lineup. Having everybody together for a while now has led to visible improvement.

“We’re not content”, however, Green said after acknowledging that fact. “It’s not like we’re easing off the gas pedal at all. We’re gonna keep making jumps each and every week, whether it’s as a team that can run the ball just as well as we throw the ball. I would definitely say that we do kind of see the progress coming to life, but we’re gonna keep pushing it”.

Seven games is not a long time to be together at all, especially when you consider the youth and inexperience of this group. We have watched players in the recent past like David DeCastro, Marcus Gilbert, Matt Feiler, and numerous others grow over a period of years, so we should perhaps be taking what we’re already seeing as a very encouraging sign.

Of course, we won’t know until the future tells us one way or another. Will this group continue to rise? And how long will they even stay together? It’s unlikely this same starting five will be together even next year, quite frankly. But it’s essential for the moment for them to continue to build on that continuity.