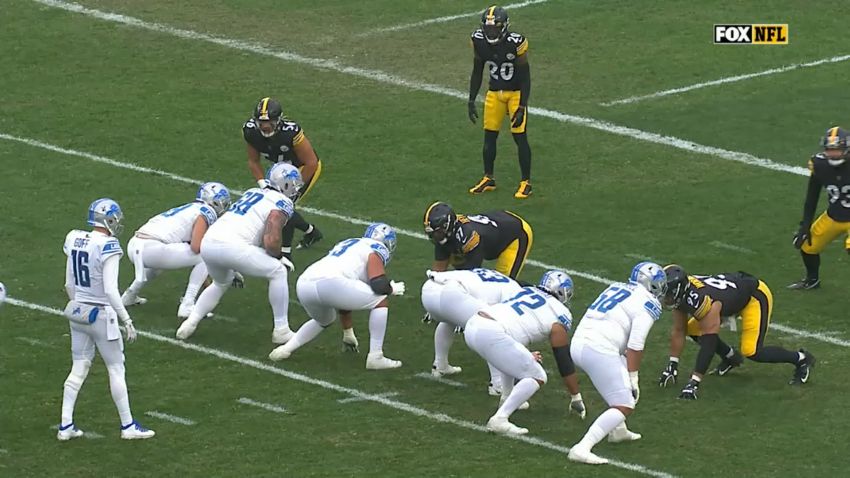 The Pittsburgh Steelers didn’t win. Depending upon whom you ask, however, you’ll get different answers as to whether or not they lost. They didn’t technically lose, as they tied the Detroit Lions in the game, 16-16. But they didn’t achieve what they wanted to achieve.

“I think especially at the end, getting into field-goal range, trying to close out the game and get a win—a tie in the NFL always feels like a loss when you get to the locker room”, veteran linebacker Joe Schobert said after the game, “because you’re not adding one to the win column, and it’s a half game. It might make a difference at the end, but to let it slip away because you’re that close definitely hurts”.

Interestingly enough, Schobert has been involved in both of the Steelers’ ties in recent years, though he has only been on the team since August. He was a member of the Cleveland Browns when they played the Steelers to a tie in the season opener in 2018—recovering a Ben Roethlisberger fumble in the final minute off of a Genard Avery sack.

That tie cost both sides at the end of the season for not achieving a victory—and both had the chance to win, but missed field goals in overtime. The Browns ended up finishing the season 7-8-1, just narrowly failing to achieve their first non-losing season in over a decade. The Steelers lost out on the division title by half a game after the Baltimore Ravens defeated Cleveland in the finale, dealing a blow to both division rivals with one result.

We can only hope that this tie doesn’t have the same sort of repercussions. But that’s up to the Steelers. They still control their own destiny, so to speak, short of being able to win out to win the first seed, thanks to the Tennessee Titans—whom they play later this season—only having two losses as they somehow continue to find ways to win without Derrick Henry.

But yeah, I’m pretty sure for most Steelers fans, especially those who were watching, this definitely felt like a loss. Especially due to the fact that they had just gotten themselves into position to attempt a game-winning field goal before rookie tight end Pat Freiermuth lost a fumble near the sideline.

At the same time, they also benefited from a missed field goal from the Detroit Lions by their backup kicker, so they could have easily lost this one, as well, and it would have felt even worse.