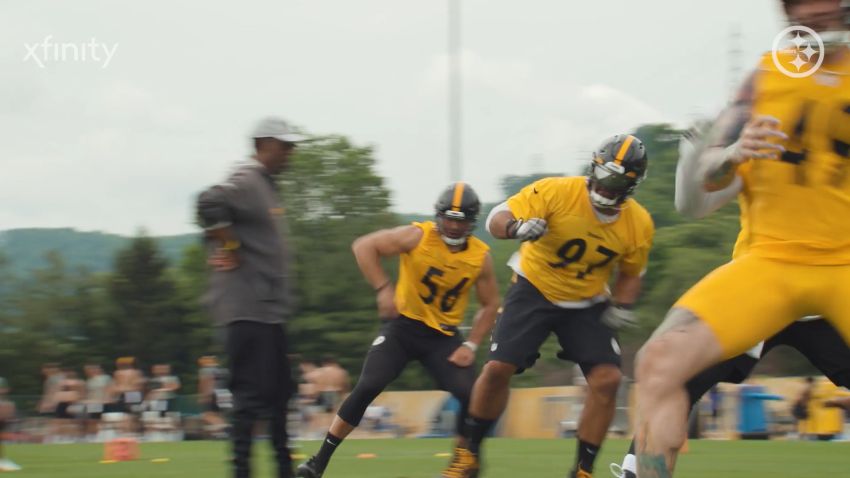 Before the season, Alex Highsmith was touted as a breakout star. Halfway through his first season starting for the Steelers and at first glance, his season looks disappointing.

Through seven games, Highsmith has just 1.5 sacks and no forced turnovers. Those 1.5 sacks all came in the same game, Week 6 against the Seahawks.

Highsmith was splitting reps with Melvin Ingram for much of the season, but he still hasn’t gotten the results he’d like. Cameron Heyward has full confidence in Highsmith and his abilities.

”He’s a young guy who’s still learning,” Heyward said in audio provided by the team. “He’s putting himself in great position. Has he finished the plays he wants and has he gotten the plays he wants? No, but he’s got the right mindset.”

As Heyward mentioned, Highsmith is still young (24 years old) and is just a handful of games into starting. The Steelers are clearly confident in him, too, as they felt comfortable  moving on from Bud Dupree in the offseason. The same can be said for trading away Melvin Ingram last week as well.

Highsmith’s production this season goes beyond the peripheral numbers.

As shown, Highsmith stands second in the NFL in run stop rate amongst edge rushers. His numbers on paper don’t tell you how good he’s been in the run game for the Steelers. Highsmith also sits just outside of the Top 10 in pass rush win rates, as he was ninth before the Bears game.

”He comes to work, he practices. I can’t ask for anything more about Highsmith. There’s going to be games where it doesn’t always work out for you, but the way he’s working and working towards it, he’s going to be successful.”

Having been around some elite pass rushers, Heyward’s comments should bring confidence to fans. To be fair to Highsmith, his running mate T.J. Watt has nearly two sacks per game. Some of Watt’s sacks have likely taken away from Highsmith’s numbers. Regardless, the signs continue to show Highsmith getting a plethora of sacks down the stretch.