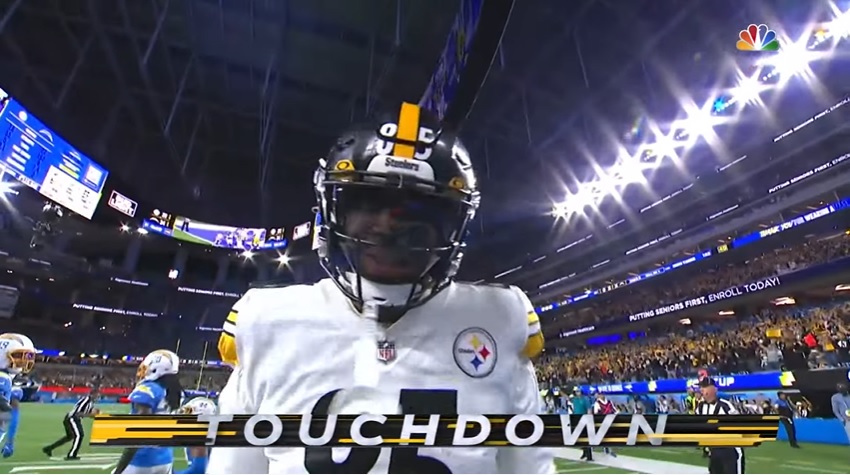 Eric Ebron may have played his last down in Pittsburgh. Though Mike Tomlin deemed him questionable during Tuesday’s press conference, Ebron seems to have suffered a serious knee injury in Sunday night’s loss to the Los Angeles Chargers. According to ESPN’s Jeremy Fowler, Ebron may soon undergo knee surgery, though he’s seeking a second opinion.

Steelers TE Eric Ebron is expected to miss extended time as he braces for potential knee surgery, per source. Ebron, who got injured Week 11, is waiting on a second opinion but a procedure is the likely approach as of now.

Earlier Tuesday, Ebron posted an ominous Instagram post, captioned with a broken heart and well-wishes from teammates, the first suggestion of a serious injury.

Hard to read too much into IG comments, but this sure does not sound positive for Ebron and his knee: #Steelers https://t.co/Hkrk7iC3MO pic.twitter.com/dGXMy2Dbvd

Moments ago, the Steelers announced they promoted TE Kevin Rader from the practice squad to the 53 while signing former third-round pick TE Jace Sternberger to the practice squad. Those moves certainly suggest they don’t expect Ebron to return anytime soon, if at all this year.

Signed by the team in 2020, Ebron had a productive first year with the team, catching 56 passes for 558 yards and five touchdowns, one of four tight ends in team history to have a 50/500/5 season. But with the selection of Pat Freiermuth and Zach Gentry’s progression, along with more minor injuries Ebron has battled, he’s caught just 12 passes for 84 yards this year.

He did notch his first touchdown of the season Sunday night against the Chargers. A free agent the season, that could be his last touchdown for the team.