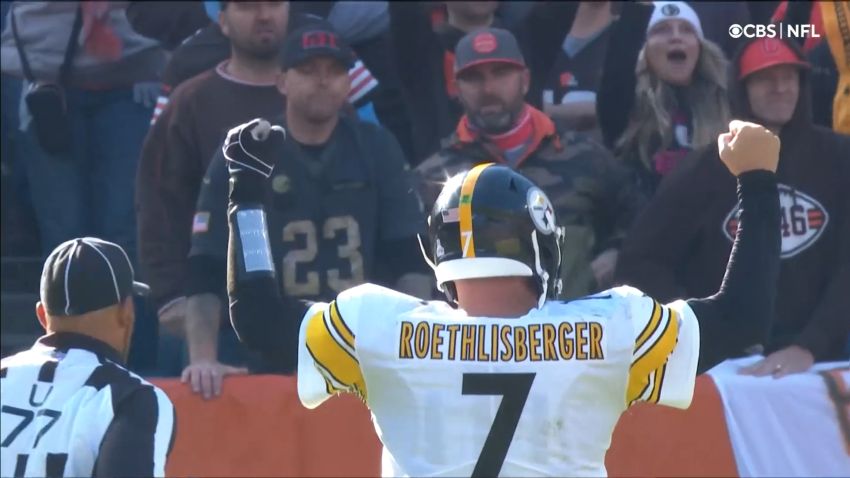 Steelers QB Ben Roethlisberger missed last Sunday’s matchup against the Detroit Lions after landing on the Reserve/Covid-19 list the day before the game.  He reportedly developed symptoms on Friday night, informed the team physician and tested positive for Covid-19.

The team and the fans were hoping that Big Ben would recover quickly and pass the hurdles necessary to return in time to face the Chargers in Los Angeles the following Sunday.  As a reminder, this is the protocol that applied to him: 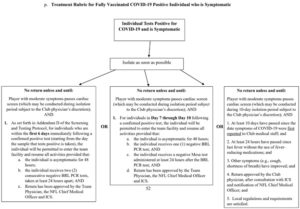 Things were looking good early in the week when Gerry Dulac reported that the QB would undergo a Covid test Tuesday.  Based on that, we could assume that Roethlisberger’s symptoms had resolved – if he was still having fever or other symptoms, there would be no point in testing him.  Ben would need two negative tests 24 hours apart to be cleared for return to practice and play.  If the first test was negative, he would repeat the test on Wednesday and if that test was also negative, Ben could rejoin the team for practice that day.

Except that as the days passed, there were no updates, indicating that the QB hadn’t been cleared.  The team flies to the west coast today but we all know that a private jet could deliver Roethlisberger to the starting lineup as late as Sunday, given that the team plays at night.  But would that satisfy league rules?  The Steelers Depot team dug deep to research all the fine print in the NFL policies and protocols and here is what we found:

The PCR test turnaround time is one day.  We still don’t know if Ben has had even one negative test yet but here are the ways he can still play on Sunday:

The second option seems at first to go against the league rules, but the work-around is activating the player and then listing him as questionable.  There are clear examples where it has already been done this way.

Last season, then Lions QB Matt Stafford was placed on the Reserve/Covid-19 list as a close contact, which meant 5 days away from the team and two negative tests to return.  He was down to the wire but didn’t miss the game:

As long as Matthew Stafford’s last test comes back negative Sunday morning, he can play against the #Vikings. https://t.co/tfTW3xvGvi

Lions’ QB Matthew Stafford’s, who was activated off the Reserve/COVID-19 list Saturday, is not clear yet. Stafford’s COVID test from Saturday morning still needs to come back negative on Sunday morning in order for him to be able to play against the Vikings, per source.

And Stafford did have to travel separately from his teammates:

The #Lions have to fly Matthew Stafford on a private plane to Minnesota because he'll still be in the five-day isolation window when the team departs Saturday, per source. He also can't practice all week. But as long as he tests negative and no COVID symptoms, he can play Sunday.

Prior to Week 1 this season, Dolphins starting LT Austin Jackson tested positive for Covid.  He was not fully cleared by Saturday but was still activated by the team that day and joined his teammates on Sunday in New England by private jet.  He got a helmet after his second negative test came back:

The #Dolphins remove the questionable designation on LT Austin Jackson, meaning he has cleared COVID-19 protocols and will play.

As I mentioned the other day, a player needs to be activated from Reserve/COVID-19 list by 4 p.m. Saturday for a Sunday game even if final clearance won't come until Sunday morning. So, normal procedure here with Austin Jackson. All signs point to him being cleared to play. https://t.co/HY4jV6guPV

It should be noted that the second year first round draft pick suited up for that game but only played three special teams snaps and did not start at tackle until the following week.

This morning, we got excellent news from Steelers Director of Communications Burt Lauten:

#Steelers QB Ben Roethlisberger will be activated to the team’s 53-man roster after passing the NFL’s required COVID-19 protocols. He will fly separate this afternoon from the team’s charter plane to Los Angeles with the expectation of starting Sunday night vs the #Chargers.

This clearly implies that Roethlisberger had a negative Covid test but is still waiting on the second negative, which is why he needs to remain separated from his teammates but can still travel to the game, similar to Stafford and Jackson.  If he had not been activated to the 53 man roster on Saturday, he clearly never had even one negative test and would have had to wait until 10 days after his positive test to return to the team.

So there you go.  Ben can be activated even before he has gotten his second negative Covid test result but that doesn’t automatically mean he is cleared to play.  We will know that depending on whether he is listed as “questionable” or added with no injury designation.  While we still do not know officially if Ben Roethlisberger has had even one negative test yet, his availability against the Los Angeles Chargers can now go down to the wire. Stay tuned for updates.