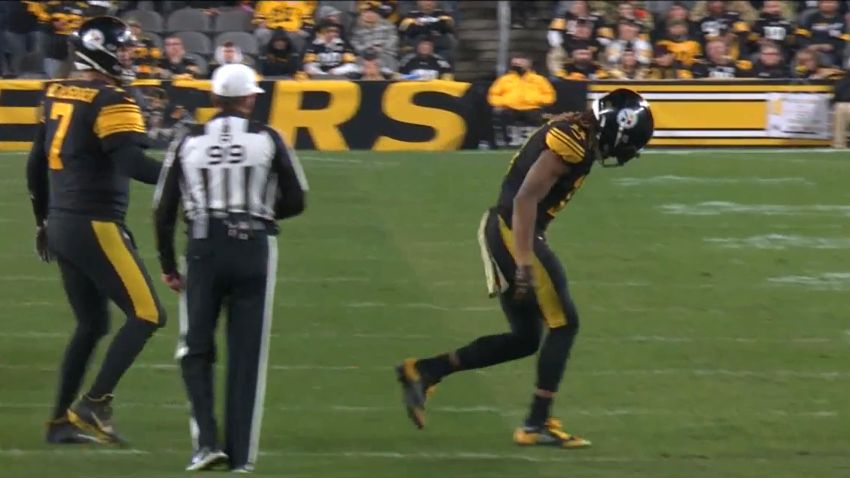 While they certainly haven’t had the worst luck in the league, the Pittsburgh Steelers may not be too far from it when it comes to injuries. Most notable has been the absence of Stephon Tuitt, but they’ve had other more minor issues with significant players, such as to wide receiver Chase Claypool, who has missed two games due to separate injuries.

The second-year standout had to sit out last week’s game against the Detroit Lions due to what was eventually described as a toe injury, suffered in the second half the previous week against the Chicago Bears, during which he caught three passes for 30 yards. He did return for Sunday’s game, and had a strong performance. He met with reporters virtually yesterday and discussed the past two weeks.

“Yeah, I had gotten tackled on my toe when it was flexed, so it was just like a really bad turf toe. It’s more like…I had to wait a little bit [to come back] so I didn’t hurt it more”, he confirmed, though, unlike Green Bay Packers quarterback Aaron Rodgers, he did not remove his footwear and stick his toe up to the camera to show everybody.

“There’s definitely some [physical therapy] you can do”, he said, to expedite the recovery process, which is why he only missed one game. “I think more than anything though, it is rest, so that’s why I couldn’t come back too early, so it would be something that would be lingering long than it should be. A little PT, ice, some medication, and then, yeah”.

Claypool, as we discussed and as you saw, was able to get back on the field Sunday, in fact logging 61 snaps, more than 90 percent of their total on offense. He caught five passes on nine targets for 93 yards, including a 37-yard hookup that frankly should’ve been a score on a better pass.

“It was super exciting to get back. I wasn’t sure if I was gonna be able to play, but we made a good comeback, a good recovery”, he told reporters. “It was definitely nice to be out there, because I know I could contribute in a positive way. Obviously when I didn’t play Detroit it was frustrating, because I figured one or two plays could’ve resulted in a different ending”.

As you are probably aware, the Steelers ended up drawing to a tie in that game, with Mason Rudolph playing at quarterback, and basically nobody but Diontae Johnson and Ray-Ray McCloud being targeted at the wide receiver position.

Of course, his return this past week alone wasn’t enough to provide the difference between a win and a loss, let alone a win and a tie. But perhaps a replenishment of the defensive forces will help put them over the top against two division opponents coming up on their schedule.