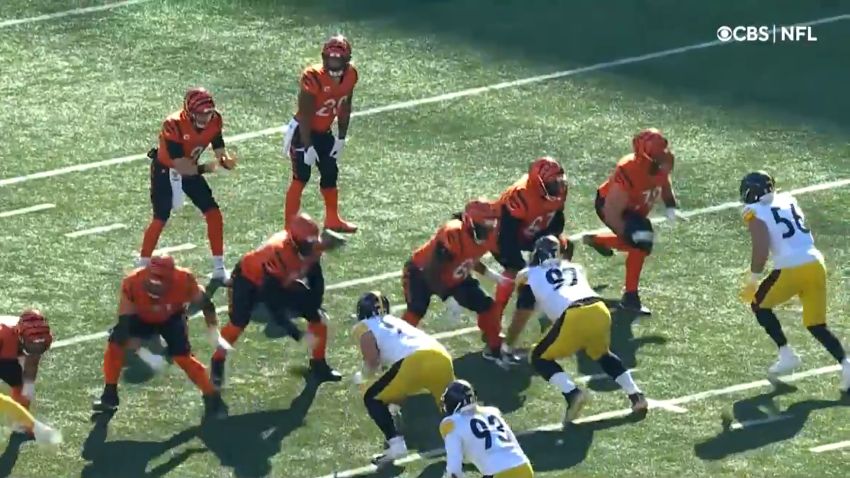 Although now a mere cliffnote in the story of the Pittsburgh Steelers’ blowout loss to the Cincinnati Bengals yesterday, the game did mark the first—and perhaps last—game of Cameron Heyward’s career in which he started at nose tackle.

That doesn’t mean a whole lot functionally in today’s NFL when you spend so much time in sub-packages, though the Bengals did run the ball a lot and held a lead from their opening drive on. The more significant component is why he was starting there.

“You know, we decided to go with Cam Heyward at nose to solidify us a little bit more on the interior portions of our defense”, Steelers head coach Mike Tomlin said after the game, with Henry Mondeaux also seeing some time there.

Isaiah Buggs, meanwhile, was a healthy scratch. He was benched. He did not dress, to the best of our knowledge, merely because the team was not satisfied with how he has played. They even elevated Daniel Archibong from the practice squad again, though as a COVID-19 replacement, officially, for Ray-Ray McCloud.

Buggs has been starting at nose tackle for the vast majority of the season, since Tyson Alualu suffered a fractured ankle early on. He has been an up-and-down performer all year, not fully capitalizing on the opportunity put in front of him during his third season to secure a regular role for the future.

For his own part, Heyward said that he was at nose tackle to “mix things up. First time playing nose through a full game, but felt confident in the game plan, but we didn’t get it done. It goes back to practice. We’ve got to learn from this, go back to practice, and get better. We lost this game, fighting uphill. See what happens next week”.

The Steelers gave up 165 rushing yards to running back Joe Mixon yesterday, a career high for him. They have become arguably the worst defense in stopping the run in the entire NFL, so it’s no surprise that the coaching staff is trying anything to find an answer.

They could potentially get some reinforcements soon, as second-year lineman Carlos Davis figures to have a good chance of finally coming off of the Reserve/Injured List after spending most of the season there. He surpassed Buggs on the depth chart last season.

They also have his brother, Khalil Davis, on the practice squad, who could potentially be worked into the mix, though the fact that they have opted for Archibong over him two weeks in a row is not a strong indication that he will be dressing any time soon.