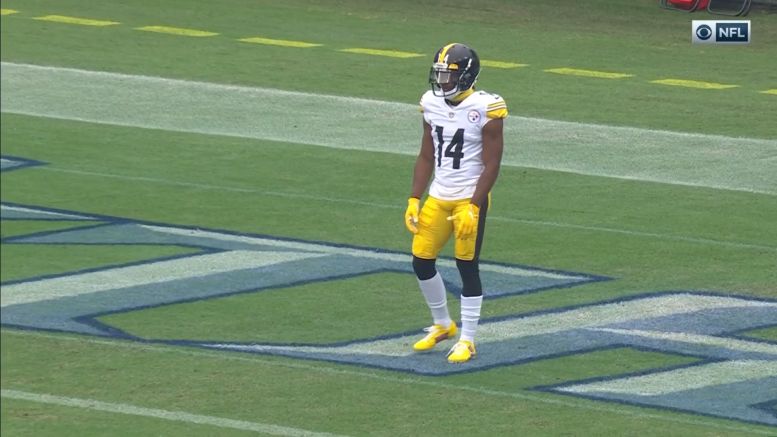 Topic Statement: The Steelers should take Ray-Ray McCloud off of return duties—and possibly even waived him—following his third fumble of the season.

Explanation: McCloud had an immensely costly fumble on a punt return in the middle of the fourth quarter last night that was returned for a touchdown and nearly cost the Steelers the game. He has consistently had ball control issues throughout his career, with 10 fumbles in around 150 all-purpose touches.

I’ve already harped on this a couple of times, but job one of the return man is possession of the ball. That’s fielding the kick and then securing it and making sure that it gets into the hands of your playmakers if you’re not taking it into the end zone yourself.

McCloud has not consistently executed job one of the return man to the level that is acceptable, nor has he offset it with superlative play. He has zero return touchdowns in his career, for starters. He doesn’t have a return longer than 40 yards this year. He just doesn’t make enough happen to justify keeping him.

The Steelers have been sitting on two veteran wide receivers with NFL experience on their practice squad in Steven Sims and Anthony Miller. Sims has return ability and is a better offensive player than McCloud. They might as well waived McCloud and promote Sims. This offense is not good enough to give away possessions via special teams.

Minus the possession issues, which admittedly are not small, McCloud is the best and most consistent return man that the Steelers have had since before Antonio Brown started worry about preserving his body. Given how many poor returners they’ve had over the years, one can’t easily dismiss the value that he has offered.

We also can’t let recency bias affect the equation. He’s had two fumbles on punt returns in consecutive weeks. Last year, he only had a muffed punt, with the other fumbles coming on offense, which he doesn’t need to be contributing to.

This was a wakeup call for him. He understands what he did wrong. He probably doesn’t even need the chewing out he’s inevitably gotten and will continue to get to understand that he has to do better. Players do get better with ball security, and he can do it.