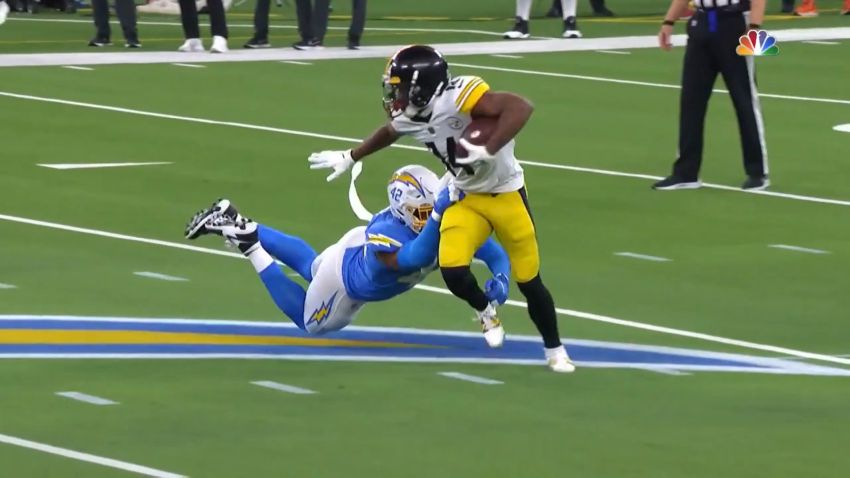 Question: Who will be the Steelers’ return man, assuming that wide receiver Ray-Ray McCloud misses time on the Reserve/COVID-19 List?

The Steelers announced, for the third time in as many weeks, that they have placed a player from their 53-man roster on the Reserve/COVID-19 List. First it was quarterback Ben Roethlisberger, who missed the Lions game. Then it was safety Minkah Fitzpatrick, who missed the Chargers game. Now it’s looking like wide receiver Ray-Ray McCloud, their return man, will miss the Bengals game.

It is not known definitively whether or not McCloud is vaccinated, so it cannot be known whether or not his status on the list is as a close contact, but I think we can operate on the assumption that he is most likely on the list as a vaccinated individual who tested positive. There is an outside chance he can clear protocols and play on Sunday, but it’s unlikely.

So who returns, if he doesn’t? The Steelers list Diontae Johnson as the number two punt returner, and we obviously know that he’s capable of doing it—but do they want him to? Benny Snell is listed as the number two kick returner. That would be…an uninspired choice. James Pierre is the number three for both spots, but I wouldn’t count on him lining up there.

The last time the Steelers were short a wide receiver, they elevated Steven Sims from the practice squad, who does have return ability. I’m guessing he would again be the favorite to be elevated for Sunday’s game, this time as a COVID-19 replacement rather than as a standard elevation. But that doesn’t mean he’s going to do returns.