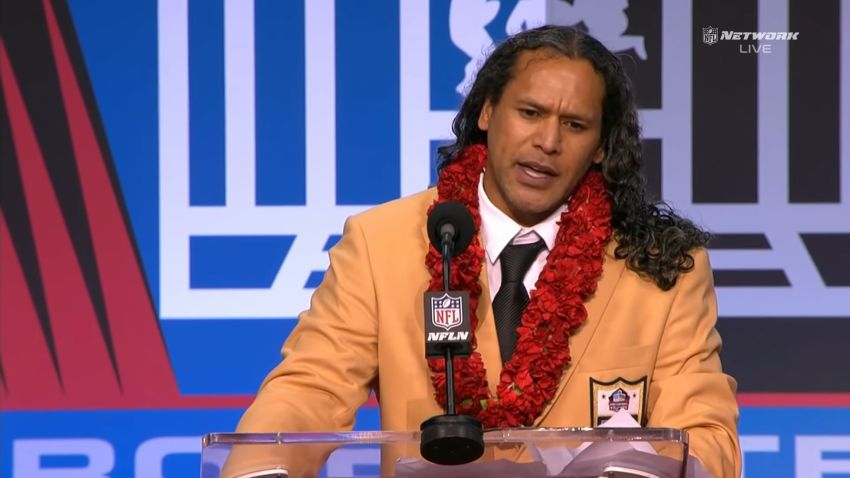 Troy Polamalu was and is great at many things in life. The thing that he is best known for is his excellence in the game of football, but he’s never allowed himself to be defined by one thing, no matter how significant football was, and even continues to be, in his life.

The Hall of Famer was back in town and in the stadium for the Pittsburgh Steelers this past weekend, one of a number of alumni in attendance who watched them win their second straight game, albeit in much more grueling fashion than necessary.

A number of the alumni spoke to the media before the game, including Polamalu, and he was asked for his thoughts on the increase in representation of Samoan and Polynesian players and coaches around the NFL, having spoken about his own heritage during his Hall of Fame speech.

“It’s really beautiful to be a part of not only an amazing community of Samoans and Polynesians, but a small community of Samoans and Polynesians”, he said, via transcript. “We’re definitely very represented as players, but there’s also a lot of talented coaches out there, my uncle included, that should be making some bigger noise as far as head coaching opportunities with as much impact as we have in the game”

The uncle that he references is Kennedy Polamalu, a longtime football coach who has had numerous stints at both the college and professional levels dating back to the early 1990s. He was a part of USC’s coaching staff for most of Troy’s time there. He is currently the running backs coach for the Minnesota Vikings, a position he has held since 2017.

“What’s different for me is that being raised in Oregon, I wasn’t raised necessarily in Hawaii and Samoa, so going back to the islands is really spearheaded by my wife, Theodora”, he said, whose “efforts have really kind of opened my eyes more to the community and engaging with the community. It’s such a beautiful thing to see more and more Samoans, whether they’re quarterbacks or linebackers, safeties, and all the positions”.

Rookie tackle Penei Sewell, of Samoan ethnicity, is one of the most high-profile Polynesian players to enter the league in recent years, a top-10 draft pick. Steelers wide receiver JuJu Smith-Schuster himself is also Samoan through his mother’s side of the family, and his stepfather is Samoan as well.

Junior Seau, along with Polamalu, are perhaps the greatest players of Samoan ancestry in NFL history,  but there have been many, and have been entering the league in seemingly increasing numbers. More are beginning to graduate to coaching opportunities as well.