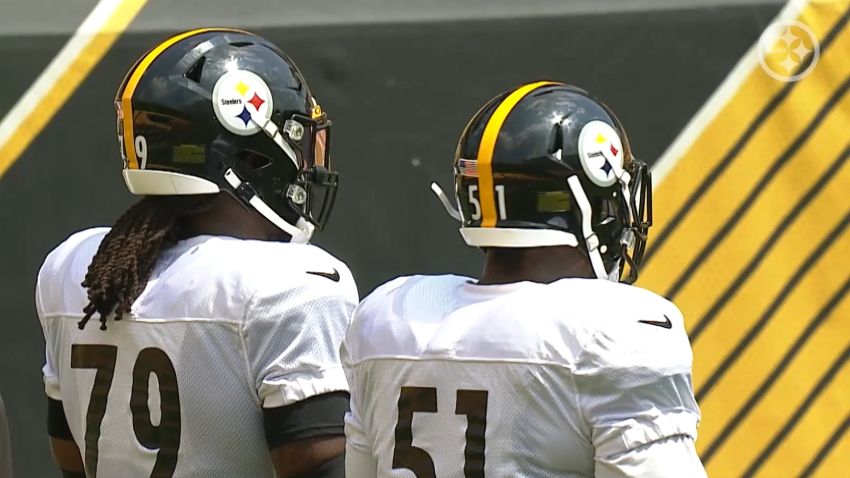 As the Steelers’ season rolls on, the scrutiny has intensified after they dropped their third consecutive game Sunday against the Packers. Ben Roethlisberger has faced his fair amount of criticism for his suspect play, but the offensive line has been the other culprit.

”I feel like Trai’s definitely the leader in our room. He’s really stepped into that role,” Green said Wednesday afternoon. “He’s helped me out a tremendous amount.”

Referencing Turner, it’s clear the impact the veteran has had on this young group which includes Green, rookie Dan Moore Jr., and other youngsters. Turner signed with the Steelers in June on a one-year, $3 million deal. Formerly a five-time Pro Bowler with the Panthers, Turner’s presence hasn’t gone unnoticed.

”Sometimes hearing it from your peers hits different. Trai’s been big in helping me get better each week as well.”

The offensive line has seemed to progress a bit, only allowing Roethlisberger to get hit five times in Week 4. Najee Harris also had a better game than the previous two.

Turner has surely received some flak for his play at times as well as getting ejected from the Bengals game, but his value goes beyond on the field with his leadership qualities.

Green also mentioned the coaches and their role as leaders with this group led by OL coach Adrian Klemm.

“We have great coaches too.”

The results lately surely aren’t what the Steelers want, but the group deserves time to gel. It’s an offensive line that’s seen moving parts already this season with the preseason injury to tackle Zach Banner and the struggles from guard Kevin Dotson and tackle Chukwuma Okorafor.

Okorafor was the only returning starter from last year’s group. The team is still working on gaining cohesion and chemistry in order to produce the results they want.