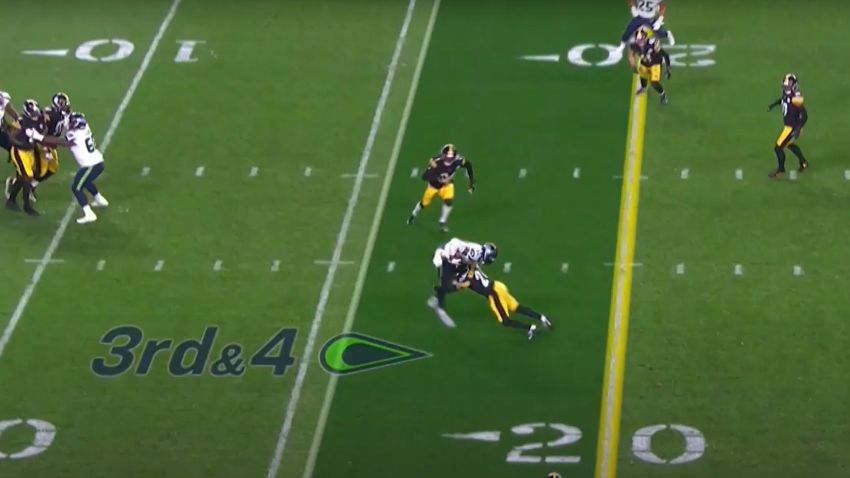 With a lot of moving parts in the secondary, it’s hard to monitor everybody’s role and playing time, and that can fluctuate from game to game. Pittsburgh Steelers rookie defensive back Tre Norwood, for example, had a much bigger role early on in the season, but has seen more limited action over the course of the past month.

He has more or less been identified at this point as the Steelers’ dime defense, and has averaged about 15 or so snaps per game over the course of the past four weeks. He played exactly that many snaps on Sunday, but he made them count, with three defensive stops on third downs, including a pass defensed. Perhaps most impressive was his tackling of big D.K. Metcalf on a first-quarter 3rd-and-4 play to keep him from moving the sticks, however. And his coaches are not surprised by that.

“Toughness is not an issue with him. He’ll come and tackle you”, senior defensive assistant Teryl Austin said on Wednesday, though he acknowledged that his game is not complete. “Things that showed up, like in the preseason in space, when you get against some really fast guys, he’s got to improve in that area, but in terms of what we’re asking him to do at this point in the season, he’s been doing well”.

Norwood did have some struggles in the tackling department during the preseason, which is not uncommon for rookies in general, particularly rookie defensive backs who are adjusting to the size, speed, and physicality of the game as played at the NFL level, and doing so with a smaller frame than the seven playing in front of them. But he is making progress.

“Tre’s been doing well. He gets a little better with more experience”, Austin said of the seventh-round pick out of Oklahoma. “Really sharp player, so you don’t see him making the same mistakes twice, which is good. He’s really been coming in in the dime personnel, because we like his pass savvy and his route-recognition skills”.

I don’t think anybody expected to get out of Norwood what they have already so far. It’s not often that the Steelers get a day one contributor on offense or defense in the seventh round. They have tweaked and trimmed down what they are asking of him, admittedly, but that’s fine, because right now he appears to be excelling with that task, while leaving room to grow, and more snaps on the table going forward.