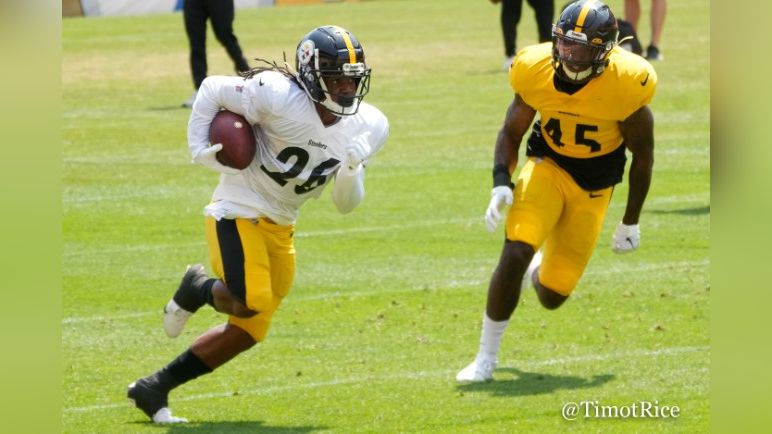 After weeks of speculation regarding what may have led to Pittsburgh Steelers’ second-year running back Anthony McFarland landing on injured reserve to start the season, the young running back revealed the true cause Friday during his first media availability since landing on IR.

According to ESPN’s Brooke Pryor, McFarland revealed that a torn MCL caused him to land on injured reserve, resulting in him missing the first five games of the season while the Steelers rolled with Kalen Ballage and Benny Snell Jr. behind rookie running back Najee Harris.

Steelers RB Anthony McFarland said a torn MCL put him on IR to start the season – said it happened in practice and was partially re-aggravating a college injury. Said he feels good now, though, and trusts his knee.

“I had a torn MCL. I don’t really know how it occurred,” McFarland said during his media availability Friday, according to Steelers.com. “I just one day just out at practice and I just felt it, got an MRI, and that’s just what it was. It wasn’t from a play or anything. It was just something that I had from college, like an old tear and a new tear. So just had to go in there, scope it out.”

It’s unclear when McFarland injured himself in practice during training camp, or what year he suffered the initial injury in college or how serious it was, but it’s now clear as to why McFarland was a surprise IR designation once the Steelers’ 53-man roster was set in early September.

That was frustrating for a young running back like McFarland, who was having a strong training camp and looked to have the No. 2 role solidified for the Steelers coming off of a rough rookie season that had McFarland struggling to get onto the field and produce his first year.

“It’s tough. It’s really tough… just cause it happened right before the season started, and I really felt like I tried to do a lot in the offseason, not even just before camp, coming into camp just to try to make sure I become a better player than I was rookie year,” McFarland said. “So it kinda sucked, you know, for that to happen before the season. Everything’s good now. I’ve been practicing since last week and like just running everything, like, you know, really feels normal.”

Without McFarland as a legitimate No. 2 option behind Harris, the Steelers’ rookie has handled a significant workload while adjusting to the NFL.Last week, McFarland returned to practice, starting the clock on his return to the 53-man roster, which must happen within 21 days.

McFarland’s return will create an interesting decision on the 53-man roster, especially at running back, considering Snell’s usage on special teams, along with the increased role for Ballage in recent weeks. Having a guy like McFarland return to the roster as the No. 2 running back behind Harris could open things up offensively for Pony formations and other 2-RB sets in hopes of getting speed and versatility on the field for a rejuvenated rushing attack.