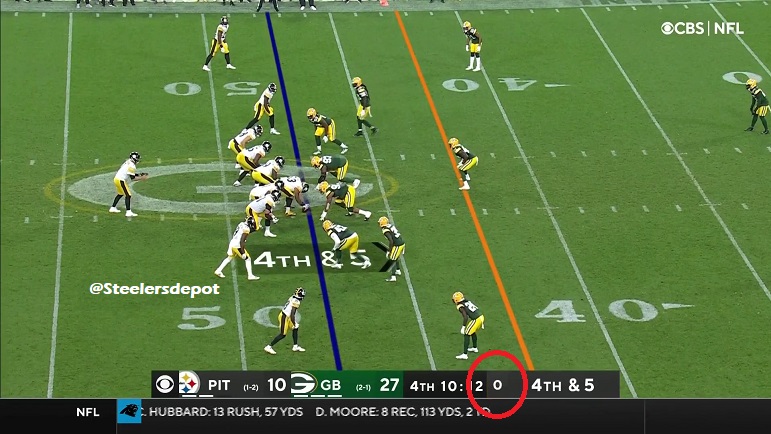 After the Pittsburgh Steelers lost on Sunday to the Green Bay Packers, the team’s former quarterback, Charlie Batch, who is now a postgame analyst for DVE Radio, allegedly indicated that quarterback Ben Roethlisberger is now being shackled under new offensive coordinator Matt Canada when it comes to his ability to check out of certain plays. While I did not hear Batch’s comments, the notion that I get is that he was mostly referring to fourth down plays, two of which the offense had on Sunday against the Packers.

Probably due to the comments that Batch made after Sunday’s game, Steelers head coach Mike Tomlin was asked during his Tuesday press conference to comment on how much freedom Roethlisberger has currently, and especially on fourth downs, when it comes to calling audibles at the line of scrimmage to switch up a play based on what he sees pre snap.

“He has a lot of freedom in that regard, but maybe not in those moments,” Tomlin said. “Those moments are so weighty and there’s so much preparation in those moments, oftentimes those decisions are had and thought through and discussed prior to being in them. And so, there’s more fluidity in that decision-making and more certainty in terms of the play selection.”

Later during his Tuesday press conference, Tomlin was asked to clarify if his comments were specific to just the Sunday game against the Packers, or if he means globally when talking about “those moments.”

“No, I was just talking about specifically as it pertained to Sunday,” Tomlin said. “You know, we were working in a hostile venue. Communication was limited. We had a good plan. We had an alteration of that plan based on availability latter part of the week with [Chase] Claypool being removed from availability and so forth. And so, there wasn’t a lot of discussions about changing or altering our plans because of those variables and circumstances, specifically.”

So, it sounds like Roethlisberger lost his ability to check out of fourth down calls on Sunday, and possibly other situations as well, due essentially to the team not having wide receiver Chase Claypool for the contest due to a hamstring injury. At least that’s what it sounds like to me.

Of those two fourth down plays that the Steelers ran on Sunday, both failed miserably just like the late one the offense had in Week 3 at home against the Cincinnati Bengals. On one of the failed fourth down plays the Steelers had on Sunday against the Packers, a short pass to wide receiver JuJu Smith-Schuster on a mesh route-man-beater, it was ran right into the teeth of a zone defense. Assuming Roethlisberger saw that the Packers might be in a zone look, which was probably after running back Najee Harris lined up outside wide to the left, there was just seven seconds left on the play clock. That’s not a lot of time to check out of the play, especially after Roethlisberger lifted his leg the first of two times right before the snap of the football.

Quite honestly, the Steelers probably should have been penalized for delay of game on that fourth down pass to Smith-Schuster as the play clock, at least the one on television, was down to zero before center Kendrick Green snapped the football.

Did Roethlisberger even have the authority to check out of that play had he known for sure the play that was called was doomed to fail because of the defense it was set to run against? It doesn’t sound like it. Could the veteran quarterback have had called timeout before running the play without getting reprimanded? Who knows? The only thing that we do know right now is that the Steelers offense has been miserable in the team’s first four games, especially on fourth downs.

Roethlisberger will hold his weekly press conference on Wednesday, and I’m guessing he’ll be asked several meaty questions about not only his few huge missed passes against the Packers on Sunday, but his perceived inability to be able to check out of plays in that contest, especially the ones run on fourth down. Assuming he’s asked to answer such questions, you can bet we’ll pass along his answers to them all.