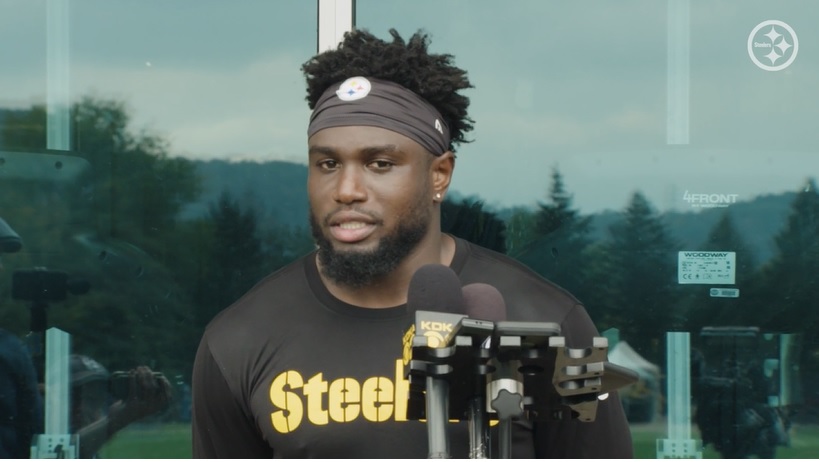 The Pittsburgh Steelers secondary returns three starters and a few more role players from the secondary of last season. But they also have a lot of new players contributing, or serving as depth, such as rookie Tre Norwood and Arthur Maulet. Ahkello Witherspoon was brought in late to shore up depth at cornerback. Miles Killebrew was added as a free agent.

And then there’s the enigma of veteran safety Karl Joseph on the practice squad, who continues to be the subject of questions from reporters when they have a chance to talk to members of the defensive coaching staff. There was a report when he was first signed that he would be quickly promoted to the 53-man roster.

That still hasn’t happened. But we did get more questions about him, with senior defensive assistant Teryl Austin fielding one on Wednesday. “First thing I’d say is Karl’s a heck of a worker. He comes in, prepares hard”, he said, before explaining what he might do in the defense.

“I think his role will be kind of in that underneath, kind of like what he did at West Virginia, playing some nickel and dime, overhand guy, blitzing and hitting”, he said, “because that’s really what he excelled at when he was in college. So we’re trying to carve that out with him and allow him to learn that”.

Joseph was originally drafted 16th overall in 2016 by the Oakland Raiders. He started 41 out of 49 games during his four years there, registering 236 tackles, three sacks, and four interceptions. He played for the Cleveland Browns last season, starting eight of 14 games, picking up an interception and a forced fumble along with 67 tackles.

After taking a free agent visit with the Steelers early on, Joseph ended up re-signing with the Raiders, but he was released in August, and chose to sign with Pittsburgh. He did get elevated from the practice squad for one game, but had a small role. There has been lingering speculation that he would have a bigger role later on in the season.

“I know he was up a few weeks ago, we got him in for a few, but we didn’t get him in last week”, Austin acknowledged. “But I think when he gets his opportunity, he’ll be ready, and that’s what we’re looking for from him”.

One gets the sense that the reporters are seeing things in practice that are prompting these questions. And Austin did talk about Joseph being worked in this nickel, dime, ‘blitzing and hitting’ role. Perhaps we will see him up on the 53-man roster sometime after the bye week.

In the meantime, he can tell us a bit about the Browns’ defense.