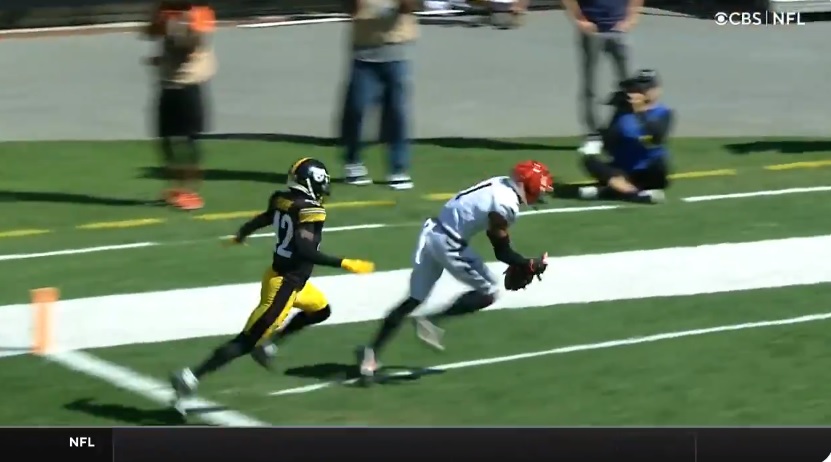 As we’ll do every week to get you ready for the upcoming game, our X Factor of the week. Sometimes it’s a player, unit, concept, or scheme. Our X Factor for tomorrow night’s game versus the Seattle Seahawks.

Don’t give up the big play. True for any defense in any game. But especially so for Pittsburgh Sunday night. Seattle is down their starting quarterback and starting running back, Russell Wilson and Chris Carson. They’re travelling across the country to play in Pittsburgh under the primetime lights. This coaching staff has to know their backs are against the wall. A victory isn’t impossible. But it’s a tough path.

The best way Seattle has to win this one is through the big play. Mike Tomlin said that’s the path for teams that are playing with a short deck. Here’s what he said a couple weeks ago when the Steelers’ offense was spinning its wheels and more often than not, in reverse.

“We got to have those [chunk] plays. Particularly when we’re not playing as well as we like. Chunks eliminate a lot of execution we say in the coaching business. By that I mean, if you’re not playing clean, splash plays and chunks of real estate aid you.”

Same deal for Seattle. The good news is they have the firepower for the big play. Two big-play wideouts in Tyler Lockett and DK Metcalf, both guys averaging over 15 yards per catch with a combined eight touchdowns. Some of that is thanks to Wilson, of course, but Lockett and Metcalf are bonafide playmakers.

The last thing Pittsburgh needs is a 50-yard chunk play for a quick score or defines a game. Unfortunately, the corners and secondary haven’t done a good enough job keeping a lid on things. 30+ yard gains/touchdowns allowed to the Raiders, Bengals, Packers, and Broncos, the latter allowing Denver to crawl back into last Sunday’s game. Can’t happen again this week. Reinforcements are on the way in the form of Cam Sutton, expected to play after missing a week due to a groin injury.

If Pittsburgh can do that, not allow the big play and definitely not allow a big play for a touchdown, they should be in good shape. On paper, they’re the better team. But one or two splash plays can throw all that out the window. And Pittsburgh can ill afford to drop this one.