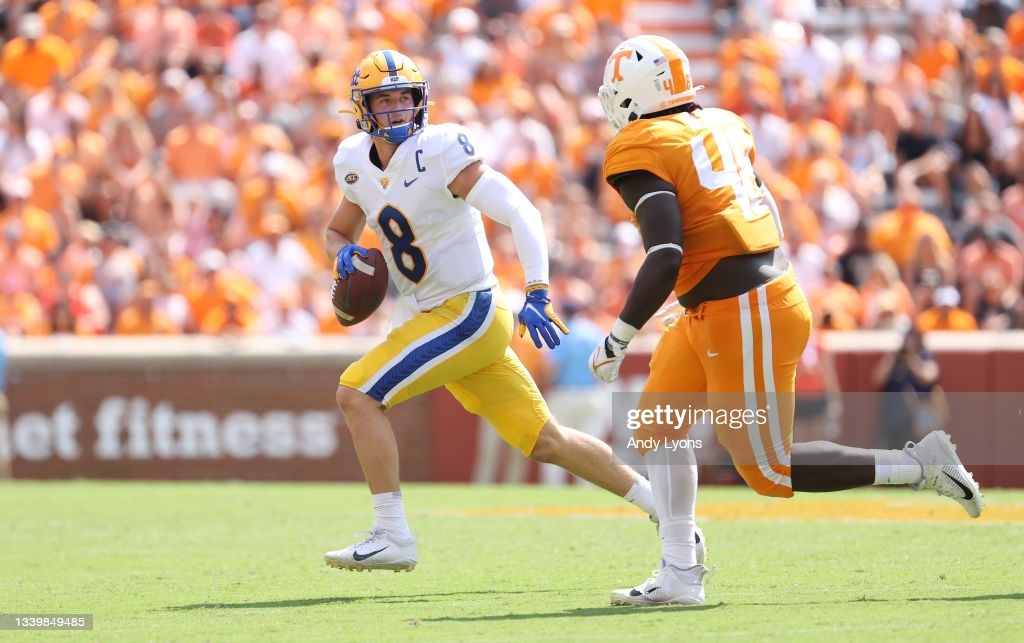 The Purdue Boilermakers are coming off a statement win last week in Iowa City over the Iowa Hawkeyes and now will host the Wisconsin Badgers in West Layfette. The Boilermakers will be looking to test the Badger defense and they have the weapon on the outside in WR David Bell to do just that through the air Saturday afternoon. Bell is coming off a record-setting game against Iowa, posting 11 receptions for 240 yards and a TD. Bell has gone over the century mark in four-of-five games this season and will look to expand that to five games in this matchup as the talented junior WR boosts his draft stock to potentially declare early for the 2022 NFL Draft.

The Badgers must have watched Bell tear apart the Iowa secondary and will attempt to contain him and limit his impact in this game. CB Faion Hicks will likely be the man tasked with covering Bell for most of this contest. The 5’10, 192lb senior won’t wow you with his numbers in the stat sheet (he only has one career INT in his college career), but he is extremely physical and feisty for his size at defensive back and will compete through the entire rep with the best competition. He had some nice PBUs in the matchup against Notre Dame earlier this year and slowing down Bell could go a long way in impressing college scouts as a potential Day Three selection this spring.

The Iowa State Cyclones hit a bit of a rough stretch to begin the season, but since then have found their stride in recent weeks in preparation for the #8 Cowboys coming to Ames. There is no doubt that the Cyclone offense runs through RB Breece Hall who will have to have a big-time performance in this matchup to help the Cyclones pull off the upset. Hall was touted as the #1 RB draft prospect coming into the season and has played like it, going over the century mark in four-straight games while scoring ten TDs thus far in 2021. The 6’1, 220lb junior has size and power to run in-between the tackles, but also the vision and patience reminiscent of former Steeler Le’Veon Bell.

Obviously, Oklahoma State’s goal in this matchup is to slow down Hall and force QB Brock Purdy to beat them through the air. LB Malcolm Rodriguez will be leading the charge for the Cowboy defense in attempt to contain and neutralize Hall. The 5’11, 225lb senior is indeed undersize and isn’t an elite athlete, but his play recognition, instincts, and pursuit of the football make him one of the most valuable players on the Oklahoma St. defense. He currently has 59 total stops (32 solo) and two forced fumbles on the season and will have to have the performance of his life to make sure Iowa St. doesn’t slash them on the ground.

The Pittsburgh Panthers have enjoyed a successful season thus far in 2021 and look to continue their dominance in the ACC with a big win over Clemson at home. QB Kenny Pickett has been the spark for the Panther offense, having a career year in his senior season going 143/205 (69.8%) for 1,934 yards and 21 TDs with one INT in six games played while adding 48 carries for 180 yards and three scores on the ground. The 6’3, 220lb signal caller has drawn comparisons to the breakout we saw from former LSU QB Joe Burrow in his final season in Baton Rogue that led him getting selected first overall in the 2020 NFL Draft.

It remains to be seen whether Pickett deserves that kind of praise given most of his production has come against the likes of Western Michigan and New Hampshire, but in the limited film I have seen, he has shown good pocket mobility and the ability to make tight window throws down the field. While the Clemson Tigers may not be the powerhouse, we have known them to be the last half-decade, they still have a bunch of talent on the roster and present possibly Pickett’s toughest challenge yet. Should Pickett pick apart the Tigers secondary Saturday, many skeptics in the scouting community may start to buy into the breakout and consider Pickett to be a legit high-end QB prospect this spring.

On the opposite side of the football, the Clemson Tigers will be looking to rain on Pickett and the Panthers parade in this matchup. CB Andrew Booth Jr. is one of the talented defenders still left standing on the team and will be looking to improve his draft stock down the stretch. The 6’0, 200lb junior has the prototypical height and length you look for at the boundary corner position with the speed and explosiveness to match. He is physical as a run defender, willing to come downhill and put his face in the fan, but also has the coverage ability to run in-stride with most receivers he will face. He is only scratching the surface of his potential, and Saturday could do him wonders.

In another ACC showdown Saturday night, my eyes will be on the trenches in the matchup between the Wolfpack and the Hurricanes. The U will be looking to run behind OT Zion Nelson as well as rely on him in pass protection to keep the pocket clean. The 6’5, 316lb junior is in his third season starting at LT for the Hurricanes and has undergone a complete body transformation since arriving on campus.

He came in weighing in around the 260lb range and has since then adding 55lb+ of functional mass that you recognize in his play. He is listed 36lb heavier than he was as a sophomore and has added strength to his punch as well as his lower half to displace defenders off the LOS while maintaining his athleticism and his foot quickness. He is still developing in terms of technique, but he has a high athletic ceiling and has vastly improved in his short time in the college game, suggesting big things are yet to come.

For the Wolfpack, OL Ikem Ekwonu is the name that scouts and college football fans alike should have their eyes on in this matchup. The 6’4, 320lb junior is tackle/guard versatile, having experience starting at both. Ekwonu is a nasty run blocker that plays to and through the whistle, having the strength, mass, and power to blow open wide running lanes in the running game while also having the sneaky athleticism to get out in space and pick up blocks at the second and third levels of the defense. He looks for the pancake block every chance he gets and wants to physically impose his will on the competition. With an impressive showing Saturday, Ekwonu could vault up the OL rankings for this spring.