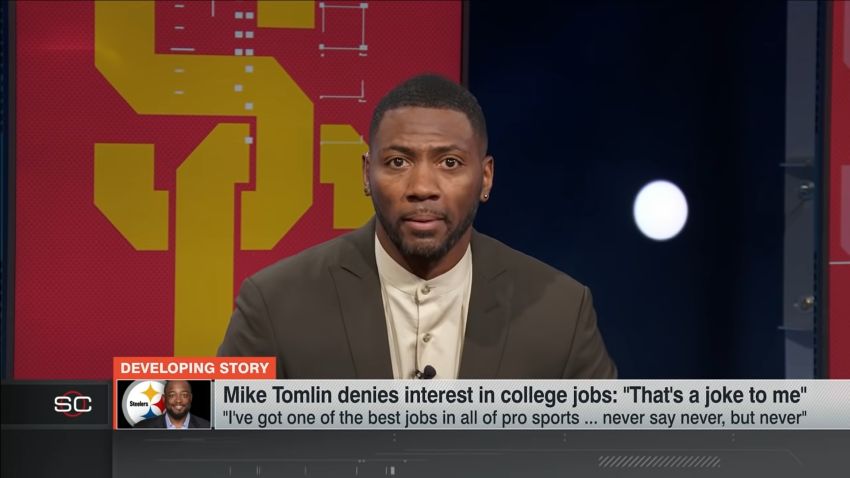 Former Pittsburgh Steelers safety Ryan Clark was at the center of idle speculation and rumors over the course of the past week about his former head coach, Mike Tomlin, being connected to a couple of college head coaching positions. At least he likes to think so.

Last week, the athlete-turned-media-personality was given the platform on ESPN to make an impassioned plea for his alma mater, LSU, to back up the brinks truck and pursue Tomlin to take over their head coaching position. Following the manner in which Tomlin responded to the rumors yesterday, he offered the following.

I wanna win, I wanna win big, so goes USC, and the fact that we thought about Mike Tomlin, if it is true, is fine with me. I don’t care if he’s mad. I actually Tweeted him. I said, ‘Coach, I ain’t say you was coming. I ain’t say you was interested. What I said was, if you are, we should offer you all the money that we possibly can to get you to take the job. I’m sorry.

Coach T, I’m sorry. That’s my fault, Coach T. They had said you might be in the running for it, and when they asked me about it, Coach, I was like, ‘I’d like you to come’.

The thing is, Clark is entirely right in saying that he never once, at any point, ever said anything indicating that he has any inside knowledge about either LSU’s thought process or Tomlin’s, for that matter, and that his comments were purely driven by the rumor and his theoretical desire to see it happen.

I doubt that Tomlin’s response had much of anything to do with what Clark said. More recently, and much more explicitly, former USC quarterback Carson Palmer did directly implicate Tomlin in his alma mater’s hunt for a head coach, calling Tomlin a wildcard and then seemingly expressing surprise when he realized this information wasn’t already out there. And he has also made it clear that he has consulted with the university.

And now this story that was never a story can die, after spawning a couple of sub-stories for more content. But let’s be honest, we as bloggers can only ‘complain’ about it so much. It is what generates clicks, for better or worse, and we all know it, even if it’s largely people reading it just to see how ridiculous it all is.