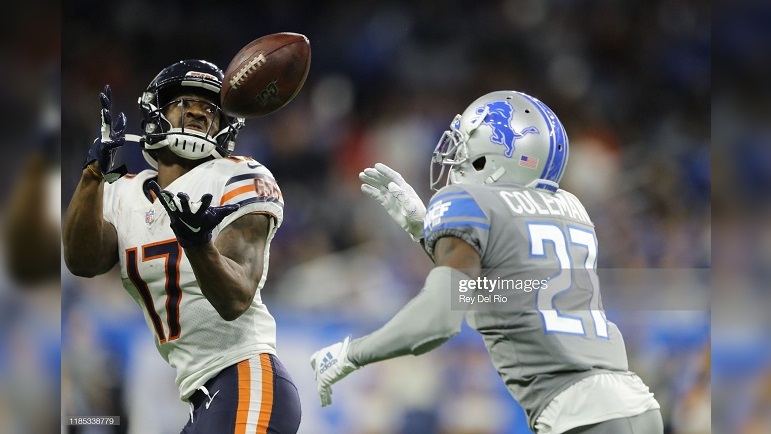 According to a Monday evening report from Aditi Kinkhabwala of the NFL Network, the Pittsburgh Steelers are planning to bring in free agent wide receiver Anthony Miller for a physical on Tuesday. If that goes well, it seems likely that the team will sign him.

With JuJu Smith-Schuster facing surgery, the #Steelers are planning to bring in free agent WR @AnthonyMiller_3 for a physical tomorrow, I’m told by someone apprised of the team’s plans. The former second round pick of the #Bears is known as tough, and a good worker.

The Steelers lost wide receiver JuJu Smith-Schuster to a shoulder injury in the first half of their Sunday game against the Denver Broncos and reports indicate he will now likely miss the remainder of the season after surgery is performed.

Miller, who played his college football art Memphis, was originally selected by the Chicago Bears in the second round of the 2018 NFL Draft. This past July, the Bears traded Miller to the Houston Texans. He was recently cut by the Texans, however.

For his NFL career, Miller has registered 139 receptions for 1,587 yards and 12 touchdowns on 226 total targets. This season in the two games he played in with the Texans, Miller caught five passes for 23 yards and a touchdown.

There was a report on Monday that Miller was scheduled to sign with the Jacksonville Jaguars as a member of their practice squad. That did not happen, apparently. According to Aaron Wilson, the plan is for Miller to sign to the Steelers practice squad.