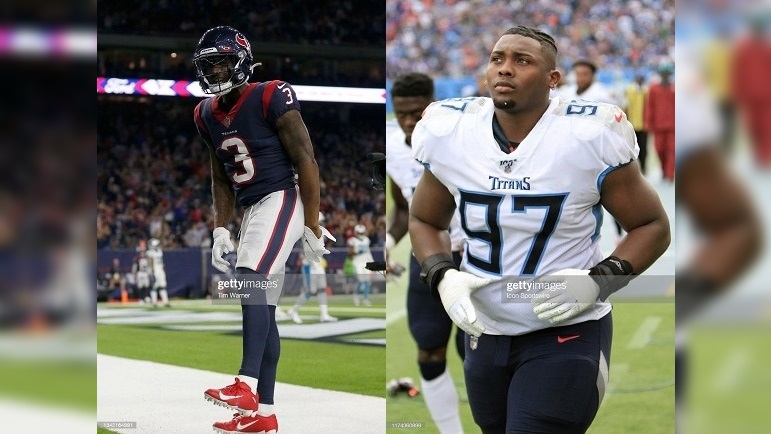 The Pittsburgh Steelers filled the two open spots on their practice squad on Tuesday by signing wide receiver Anthony Miller and defensive lineman Isaiah Mack, according to Aaron Wilson of the Houston Chronicle.

Steelers are signing Isaiah Mack to their practice squad in addition to Anthony Miller to practice squad, according to league sources @SportsTalk790

The Steelers are signing Miller to provide wide receiver depth after losing fellow wide receiver JuJu Smith-Schuster for the rest of the season due to a shoulder injury he suffered during the team’s Sunday Week 5 home win against the Denver Broncos. It was reported on Monday that Miller, who was last with the Houston Texans a few weeks ago, was set to be brought in for a physical on Tuesday.

Miller, who played his college football at Memphis, was originally selected by the Chicago Bears in the second round of the 2018 NFL Draft. This past July, the Bears traded Miller to the Texans. For his NFL career, Miller has registered 139 receptions for 1,587 yards and 12 touchdowns on 226 total targets. This season in the two games he played in with the Texans, Miller caught five passes for 23 yards and a touchdown.

As for Mack, who played his college football at Chattanooga, he entered the NFL in 2019 as an undrafted free agent with the Tennessee Titans. He has since been with the New England Patriots and Denver Broncos.

Mack appeared in eight games in 2020, as he played six for the Titans and two for the Patriots. He joined New England after being waived by the Titans in early November. Mack recorded three total tackles on the season and a quarterback hit.

As a rookie in 2019, Mack played 13 games for Tennessee and started one. He posted eight tackles, two quarterback hits, 1.5 sacks and a fumble recovery. The Broncos waived Mack in late August.

The Steelers released defensive tackle Eli Ankou from the practice squad on Tuesday as well, the team announced.