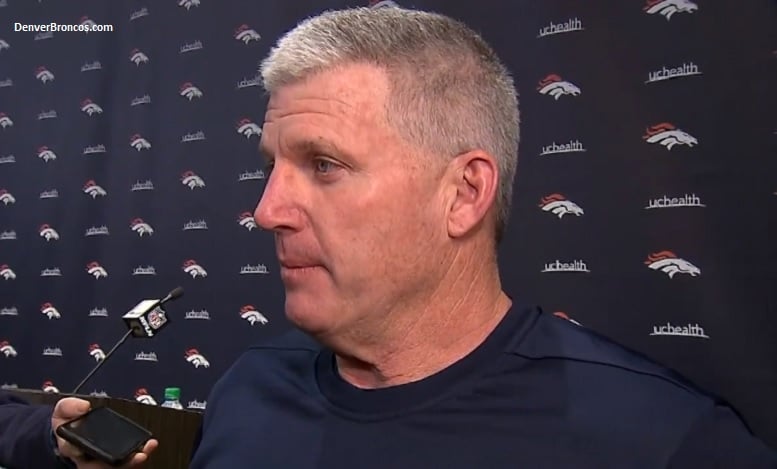 Mike Munchak is widely regarded as one of the most important position coaches the Pittsburgh Steelers have had in some time. A Hall of Fame offensive lineman himself, he was widely regarded as one of the top line coaches when the opportunity came for them to hire him in 2014, spurring on possible the single best period of offensive line play in the team’s history over the course of the next half-decade.

He opted to leave in 2019 when the opportunity arose to take the same position with the Denver Broncos, driven primarily by family, as his daughter and new grandchild happen to live in the area. At the time, he felt he left the Steelers in good hands with Shaun Sarrett, who had been his assistant coach through his entire tenure. Pittsburgh did not lose him willingly. But they’ll get to see him on Sunday when he comes back to Heinz Field with the Broncos.

“The thing I really appreciate the most about (Munchak) is his approach to the art and science of coaching”, Steelers head coach Mike Tomlin told Denver media, via The Denver Gazette. “There’s a scientific or schematic approach and he’s excellent at that — game planning, schematics and so forth. But he’s equally as good at managing of people and the guidance in terms of the development of the men that he worked with. … His schematics are really strong, his people skills are equally as strong”.

Munchak was an integral member of Pittsburgh’s coaching staff beyond just coaching up the offensive line, in which capacity he developed a former undrafted free agent defensive end into a Pro Bowl left tackle in Alejandro Villanueva. He twice sent three linemen, including Maurkice Pouncey and David DeCastro, to the Pro Bowl in the same season, and Marcus Gilbert, when healthy, truly flourished at right tackle under him as well.

Pouncey pretty much came out of the chute as a Pro Bowler, but he also played a meaningful role in polishing DeCastro’s game, to the point where he, too, would develop into one of the top players at his position and a perennially-decorated figure. He made his first Pro Bowl in his second season under Munchak in 2015.

Munchak’s touch in Denver did not bear immediate fruit, but we are perhaps seeing it more this season. Left tackle Garrett Bolles in particular has stood out, and their running game has improved. Meanwhile, the Steelers’ offensive line has drifted in the opposite direction, though not entirely due to the loss of their coach.

Quite simply, they got old and injured, and now all those Pro Bowler—and pretty much everybody else—are gone. So is Sarrett. Adrian Klemm is now in charge of that room, which includes three starters who were drafted after Munchak left, and a veteran free agent picked up in June. Both lines are blocking for a rookie running back. It will be interesting to compare them on the same field.