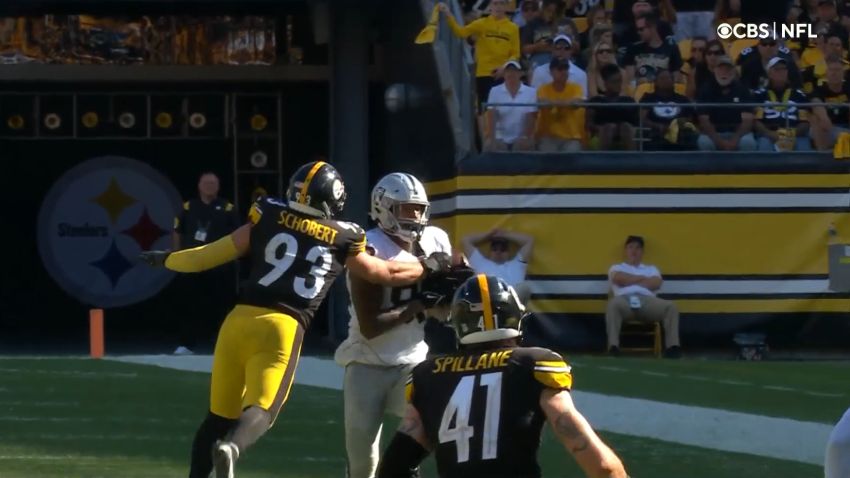 The Pittsburgh Steelers entered the offseason in a major cap crunch, and yet, by the end of minicamp, they found themselves playing the role of big spender—at the T.J. Maxx. They scooped up some pieces that they felt they needed, on a budget, yet not cheap, either.

One of the final pieces was the addition of inside linebacker Joe Schobert, who instantly entered the starting lineup after being acquired via trade in August. He replaced Robert Spillane, who was projected to start after Vince Williams surprised the team and retired ahead of the start of training camp.

Schobert is a veteran of a number of years, who had spent the majority of his career in the AFC North, so they had a strong comfort level with him already, but they were particularly interested in his ability to cover, yet it’s been a source of some frustration so far this year.

Among fans in particular, many don’t feel that he is living up to expectations in this area, and defensive coordinator Keith Butler was asked for his own thoughts on how Schobert has played in coverage. “I think he’s done a good job for us in terms of what we ask him to do and how long he’s been here”, he told reporters, via transcript.

“He hasn’t been here very long. He’s hasn’t played within the framework of the defense a lot”, he continued. “The things that we do and the calls that we make on the field, we’ve got to all be on the same page. We weren’t in certain situations and some of them involved him, but it doesn’t mean he was wrong. To say that he hasn’t been what we thought he’d be or something like that wouldn’t be fair to him”.

It’s worth noting that there have been some instances in which, upon first blush, and perhaps on the broadcast tape, it may have appeared to be a mistake in coverage on Schobert’s part, when it was not. There was a play like that last week when James Pierre missed his assignment, which left the linebacker trailing behind an open receiver.

No matter how many qualifiers, though, I would imagine that the hope is that Schobert will pick it up soon, perhaps after the bye week when he has some time to catch his breath and process everything that has gone on since he was traded.

The veteran has logged 292 snaps on defense so far this season, accounting for 89 percent of the total. He has 34 tackles, and four passes defensed, though he has yet to register any other statistics, even a tackle for loss.