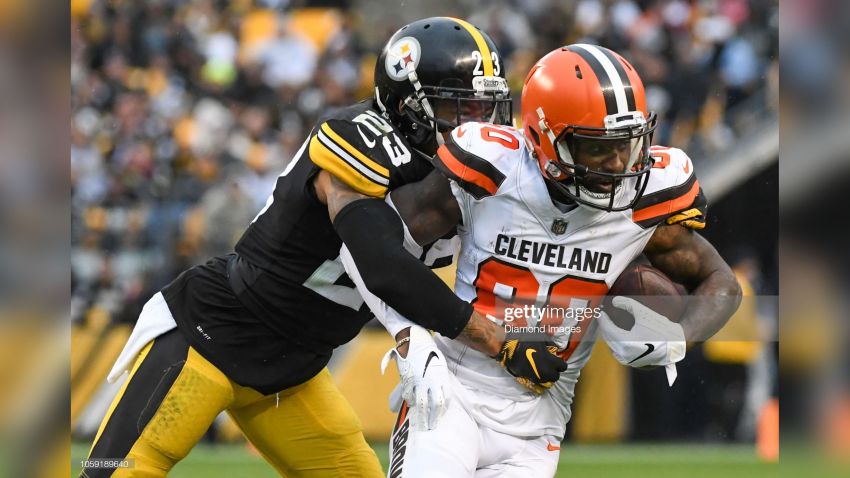 Even though it’s been a number of years since their parting, cornerback Joe Haden and the Cleveland Browns retain a mutual respect for one another. A former top-10 draft pick back in 2010, Haden was one of the best players that they had during those years, even if almost always on rather bad teams.

His first year in Pittsburgh in 2017 was the first time he got to experience the postseason in his career. Of course, ironically, he still has yet to experience a postseason victory, and the Browns just beat the Steelers back in January for the franchise’s first playoff win since 1994.

Although their timelines didn’t intersect, Browns wide receiver Jarvis Landry has played against Haden for a few years now in AFC North ball, and they are set to do so again on Sunday afternoon in Cleveland. He was asked about Haden earlier in the week.

“Tremendous respect for Joe”, he said. “He continues to be one of the smartest defenders on the field. He continues to always find himself around the ball, making plays on the ball, and challenging guys. I expect nothing less from him”.

Now in his 12th season in the league, Haden has remained one of the Steelers’ top defenders through five years in Pittsburgh. He has missed one game this year due to injury, but has logged every snap in the other five, accumulating 20 tackles with a forced fumble and a couple of passes defensed.

Originally signed by the Steelers on August 31, 2017, the same day the Browns released him, Haden was an integral part of a culture change in Pittsburgh’s secondary. With the additions of Mike Hilton, Steven Nelson, Minkah Fitzpatrick, and Terrell Edmunds, they were able to build a strong back end of the defense, but they have already lost some of those pieces. And they may lose most of the rest after this season.

Haden will be a free agent in March. During training camp, he originally talked about being hopeful of signing a contract extension, saying that he wanted to finish his career with the Steelers. After it was apparent that the team would not talk extension, the tune changed, through reports leaked by his agent, of course, that it was now his plan to test free agency, instead.

But we still have a while yet before we get there, and this 2021 team certainly needs Haden. Cameron Sutton is their other outside starter, who has been up and down. James Pierre has started a couple of games outside due to injury, and he has been burned deep several times already.