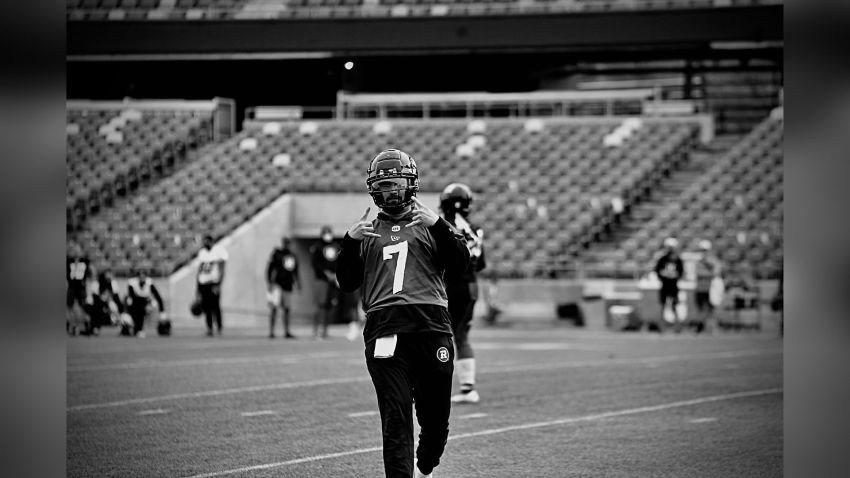 Who doesn’t like an underdog story? Especially in sports? There’s nothing better when a seeming nobody from nowhere who doesn’t look like he ‘has it’ suddenly shows up, swagger in toe, and proves everybody wrong.

That’s why Pittsburgh Steelers fans immediately gravitated to the Duck, Devlin Hodges, a young rookie undrafted free agent quarterback out of small-school Samford, in 2019—long before he would ever be called upon. Long before there was any inkling that quarterback Ben Roethlisberger’s arm would fall apart.

We can get more into the background in a bit, but the point is, Hodges ended up playing quite a bit for the Steelers that season after Roethlisberger tore up his elbow and was done for the year, just six quarters in. While he was on the Reserve/Injured List, however, he still made himself available to his young backups.

Hodges would ultimately spend two seasons with the Steelers, including the 2020 season on the practice squad, and is now currently quarterbacking for the Ottawa Redblacks in the CFL after a short stint with the Los Angeles Rams on the offseason roster this year.

Last night, he made it clear what kind of impact Big Ben had on him, sharing photos of himself on the field with the Redblacks donning the number 7 in an unambiguous tribute to Roethlisberger. “Y’all know who else rocks #7”, he wrote in an Instagram post. “BIG BEN! Now DUCK!”.

He also shared in Instagram story with a split image of Roethlisberger juxtaposed with one of Hodges, the two appearing to look at each other, in a similar pose, in their no. 7 jerseys. “duck you got me”, it reads Roethlisberger saying, with Hodges replying, “I got you”.

Hodges initially went undrafted and unsigned following the 2019 NFL Draft. He was offered a tryout invitation to the Steelers’ rookie minicamp, where he beat out Brogan Roback for the number four quarterback spot.

He continued to compete well throughout the offseason process, ultimately putting some positive tape out there during the preseason, but was initially let go, with Joshua Dobbs retaining the third quarterback spot behind Mason Rudolph, who won the backup job. But the Jacksonville Jaguars offered them a fifth-round pick for Dobbs after week one, and they bit, subsequently signing Hodges to the practice squad.

A week later, of course, Roethlisberger’s elbow unraveled. Rudolph was suddenly the starter, Dobbs was gone, and Hodges was the number two. He did a solid job in a relief start in week five, going on the road and helping to beat the Los Angeles Chargers. Later, Rudolph would be benched, Hodges starting a five-game stretch at the end of the year, but would be benched himself in week 16. He started the finale because Rudolph was injured.

Duck spent all of the next season with the Steelers as well, even making the initial 53-man roster, but the team re-signed Dobbs when the Jaguars let him go. They waived Hodges, but re-signed him to the practice squad as their fourth quarterback, where he would stay all year. They did not re-sign him to the offseason roster, however.

After spending this offseason with the Rams, he was let go in August, signing with the Redblacks about a month ago. He appears only to have just gotten a number, and is not currently listed on the depth chart. Ottawa’s top two quarterbacks are injured, but they have two others listed, one of them being Taryn Christion, who was briefly on the Steelers’ practice squad. The team’s head coach warned fans to “lower their expectations” about Hodges weeks ago. But might he be getting an opportunity soon?