The Pittsburgh Steelers are coming out of their bye week and wanted to take this opportunity to look at something a bit different to start the data points off today. If you have been following Steelers Depot for long, you know about our belief and tracking of air yards stats. Today I wanted to use the following data points that many track for quarterbacks, but reverse engineer it to get a defensive point of view: 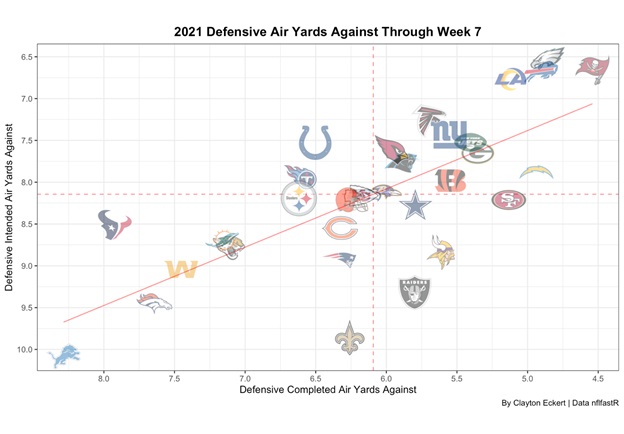 Now let’s look at quarterbacks with the following data points: 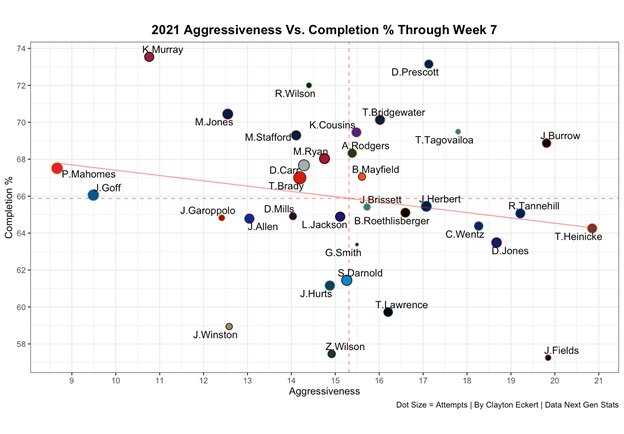 Next, let’s look at running backs with the following data points: 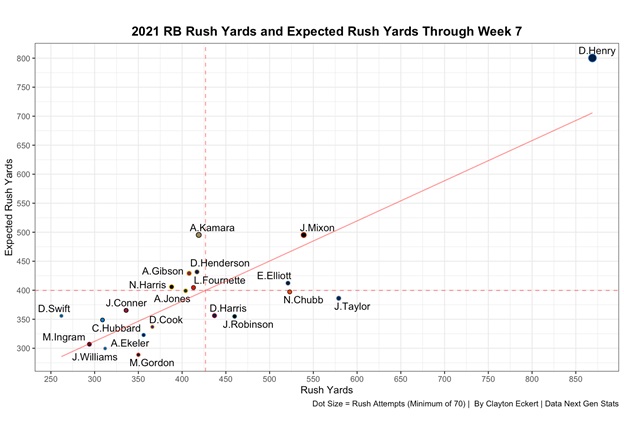 Titans running back Derrick Henry continues to “break” most graphs with the stellar year he is having in comparison to other running backs. Bengals running back Joe Mixon is second in attempts on the graph but with 68 less attempts than Henry. Steelers running back Najee Harris is above the mean in expected rush yards out of the running backs with the most attempts (>= 70) and is tied for sixth in attempts which is impressive considering the bye for the Steelers in week seven.

Let’s look at wide receivers with the following datapoints: 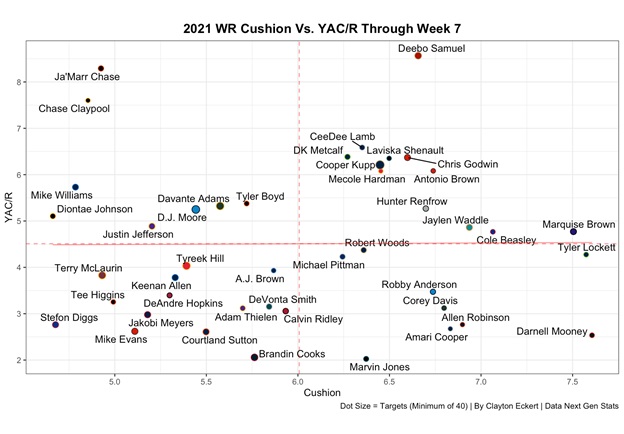 Looking at the YAC/R ranks we see 49ers wide receiver Deebo Samuel and Bengals wide receiver Ja’Marr Chase are the top two players in YAC/R followed by Steelers wide receiver Chase Claypool, highlighting his third overall rank out of receivers with a minimum of 40 targets! Claypool also has had to make most of his catches with little cushion along with Pittsburgh receiver Diontae Johnson having the least amount of cushion out of all the players on the graph. In my opinion, this highlights defenses playing the short pass game against Roethlisberger. It will be very interesting to see where these data point trend, especially in the next three games which many consider to be the most winnable games (Browns with possible key injuries, the Bears, and the Lions) on the Steelers tough remaining schedule.