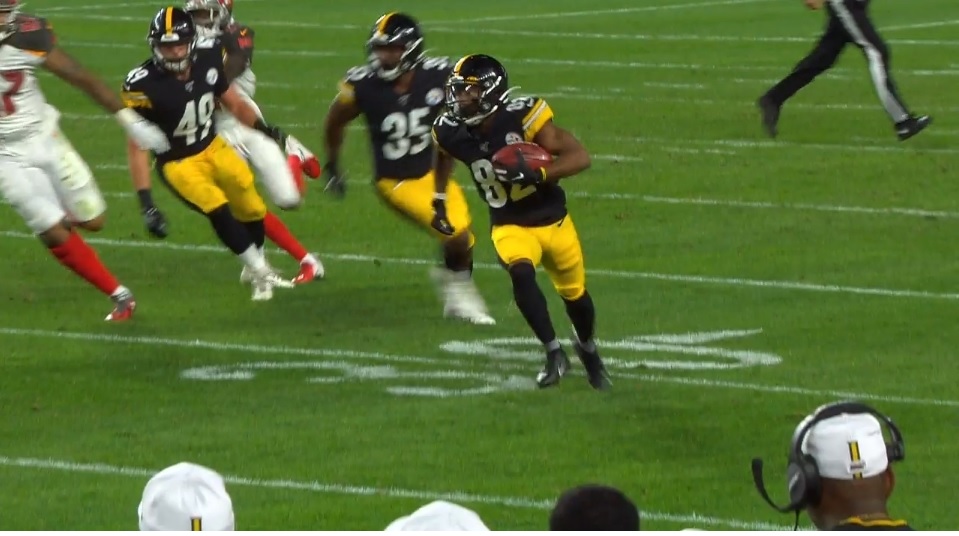 Pittsburgh Steelers fans watching Thursday night’s game between the Seattle Seahawks and the Los Angeles Rams got the opportunity to get another look at Jamir Jones, the first-year outside linebacker who spent the first few games of the 2021 season on Pittsburgh’s roster, before an attempted shuffling resulted in him getting claimed.

Fans also watched him block a punt for the Rams…only to see the punter recover the ball and punt it for a second time (and yes, it was a legal punt, as he was onside; like with a quarterback, the punter’s entire body must be over the line of scrimmage for it to be a penalty, including his rear heel. He was on the line. But I digress).

Steelers fans will get a chance to get a look at another former training camp darling on Sunday, as former wide receiver Diontae Spencer has made a career for himself since being released, functioning as a return specialist for the Denver Broncos. Steelers special teams coordinator Danny Smith remembers him well.

“Diontae Spencer was here, and he’s had success there. He’s taken some the distance, that’s hard to do”, he told reporters on Thursday, via transcript. “He’s a good player. I liked him when he was here. He’s small but he ain’t small when he’s carrying the ball. He’s tough. He hits it and makes good decisions. He handles the ball well. I’ve got a lot of respect for him and I’ve got a lot of respect for that coach”.

Spencer does have one punt return touchdown, which came last season. In total, he has returned 50 punts in his career for 543 yards, averaging 10.9 yards per return. He is averaging 10.3 yards this season on eight returns, with a long of 25.

Spencer actually originally went undrafted in 2014. He spent four years in the CFL after failing to make the Rams’ roster as a rookie, the Steelers being the first team to invite him back in 2019. While he did not make the team behind JuJu Smith-Schuster, James Washington, Diontae Johnson, Johnny Holton, Ryan Switzer, and Donte Moncrief—boy, hindsight sure is 20/20—Pittsburgh has since found its own returner.

Ray-Ray McCloud has done a solid job over the past season-plus with the Steelers. He is averaging 10.4 yards per punt return since arriving in Pittsburgh and 23.9 yards on kick returns. He has yet to break one for a score. His longest return of any kind is a 57-yard punt return.