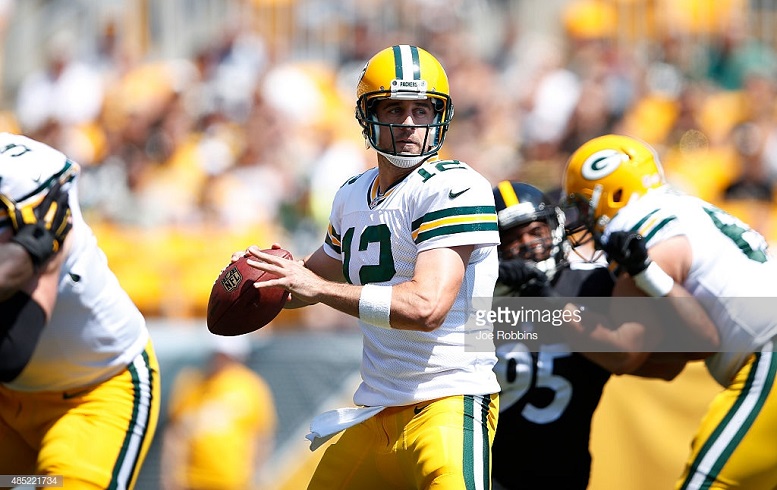 Unfortunately, all Steelers fans know exactly what happened in that game.

For a regular season matchup though, you have to go all the way back to the 2009 thriller at Heinz Field, which the Steelers won at the buzzer on a throw from Roethlisberger to Mike Wallace, completing the comeback win.

The Steelers and Packers have matched up since then in the regular season, most notably in 2013 and 2017, but Rodgers missed both games with a broken collarbone. Now, he’ll start inside Lambeau Field in likely the final matchup between himself and Roethlisberger ever, as one quarterback looks painfully close to the end, while the other continues to thrive in the wide-open NFL.

Speaking to reporters Wednesday in Green Bay, Rodgers addressed the matchup with Roethlisberger, stating it is “strange” that the two haven’t matched up more throughout their careers.

“It is strange how that happened, ’13 and ’17 obviously breaking my collarbone and [missing] both of those games,” Rodgers said Wednesday, according to ESPN’s Rob Demovsky. “I remember the ’09 game very well. We were pretty explosive on offense, hit Greg down the middle for I think it was an 85-yard touchdown, then hit J.J. on a post late in that game to put us ahead, and then Big Ben took them down to beat us there right at the end. That was a good football game.”

“Of course the whole cliché everybody says, ‘The quarterbacks are against each other,’ and then we will say, ‘No, we play against the defense,'” Roethlisberger said to reporters Wednesday via Steelers.com. “But it’s still an honor to share a stadium with one of the greatest and a guy that I admire, and a lot of people admire, that has done it at such a high level for a long time. It’s pretty cool to watch his mastery of the game. I just hope this week our defense can hold up and may have something to say about it.”

While Sunday’s matchup inside Lambeau Field is unlikely to be a replica of the 2009 shootout at Heinz Field in which Rodgers and Roethlisberger combined to throw for 886 pass yards and seven total touchdowns. But it will be great to see the two old gunslingers attempting to battle it out on the hallowed grounds of Lambeau Field Sunday at 4:25 p.m.