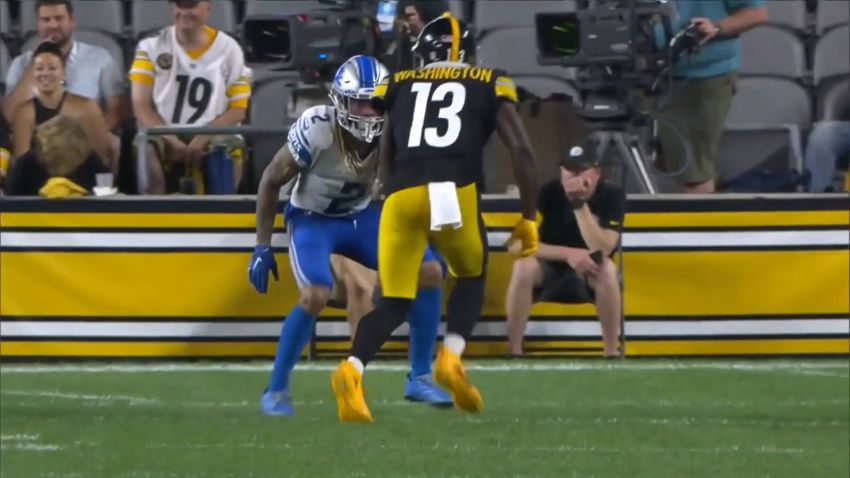 Reasoning: The fourth-year wide receiver’s role in the offense has a bit of an undetermined feel to it right now in the aftermath of JuJu Smith-Schuster’s season-ending injury.

James Washington played all of eight snaps this past Sunday in a game in which the Steelers were without JuJu Smith-Schuster from start to finish. That would seem to be a bit of a concern with regards to how the team views him, if he couldn’t contribute. He didn’t even play, I believe, in the second half or overtime.

And so that raises the question: Exactly what will his role in the offense be on the other side of the bye week? Did he play so little last week only because he was coming off of a groin injury and was not a full participant in practice throughout the week prior?

Or should we really expect to see him having a limited role, and the Steelers using a variety of tools to fill the gap? Wide receiver Ray-Ray McCloud will also be involved, of course, and eat away at some of his potential snaps, but we’re also likely to see an increase, perhaps even a sizeable one, in 12 personnel.

After all, the team now has three tight ends who can play, apparently, in rookie Pat Freiermuth, veteran Eric Ebron, and the long-awaited relevance of Zach Gentry. The offense should very much want to find ways to get their tight ends on the field more.

That’s why I’m not comfortable saying Washington’s stock is up or down right now, and we won’t know until we see at least one game played, if not more. Matt Canada and now Mike Tomlin love to talk about week-to-week schematics and matchups, and we are perhaps seeing that affect personnel usage more than we have in the past, so it’s quite possible that we see Washington play 60 snaps one week and then 12 the next, all as part of the plan.