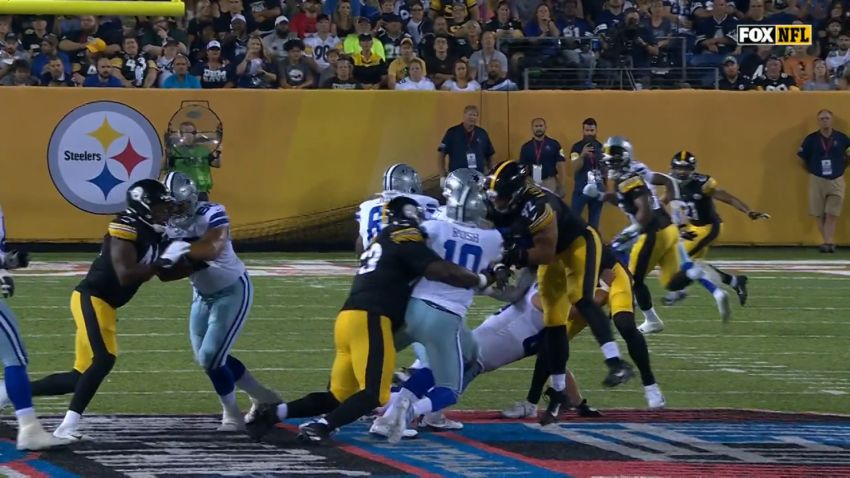 The Pittsburgh Steelers’ initial 53-man roster included eight defensive linemen. It was whittled down to six by the time they took flight for their regular-season opener against the Buffalo Bills, but it was still plenty enough depth to get the job done.

The first move to get from eight to six involved placing veteran starter Stephon Tuitt on the Reserve/Injured List with a knee injury. He will miss at least another two weeks, but in the meantime, the Steelers feel they have enough contributors to mitigate his absence.

“That’s what it is. I think you’ve got to trust in the younger guys to come in and not have that drop-off and play well”, defensive tackle Tyson Alualu told reporters on Wednesday. “I think just giving them some experience here with Tuitt out definitely helps our group as a whole, just knowing we can rely on other people other than whether it’s Cam or Tuitt”.

With Tuitt out, Chris Wormley started in his place, now in his second season with the Steelers. He logged 40 snaps during the game, which was roughly half of the total defensive snaps. But they also got 17 snaps out of Carlos Davis, and eight snaps out of Isaiah Buggs (rookie Isaiahh Loudermilk was a healthy scratch).

That is, of course, on top of Cameron Heyward and Alualu, both of whom played around two thirds of the snaps. That is a somewhat low figure for Heyward, but that is what he and the team have been trying to do for years.

Because of the heavy amount of snaps that the defense actually had to play, however, Heyward still logged 56 snaps out of the 85 in total for which the defenders were on the field (the offense only played 58 snaps in comparison).

Unsurprisingly, though, the 11-year veteran Heyward was a force when on the field, generating a dozen pressures, with a sack, a forced fumble, and two batted passes, along with four tackles. Alualu also contributed five tackles, while Wormley, Davis, and Buggs all had one tackle as well.

Truth be told, the Steelers are not unfamiliar with playing without Tuitt, who has had some injury history throughout his career. The 2020 season was the first year in which he remained healthy, outside of a stint on the Reserve/COVID-19 List, and his numbers showed it.

But as long as they have enough contributors to hold the fort, and at least initial impressions suggest they do, that’s all that matters. Outside of Wormley, whom they initially acquired via trade, and Alualu, who was a free agent signing but is now in his fifth year with the team, this is all home-grown talent, made up largely of late-round draft picks.