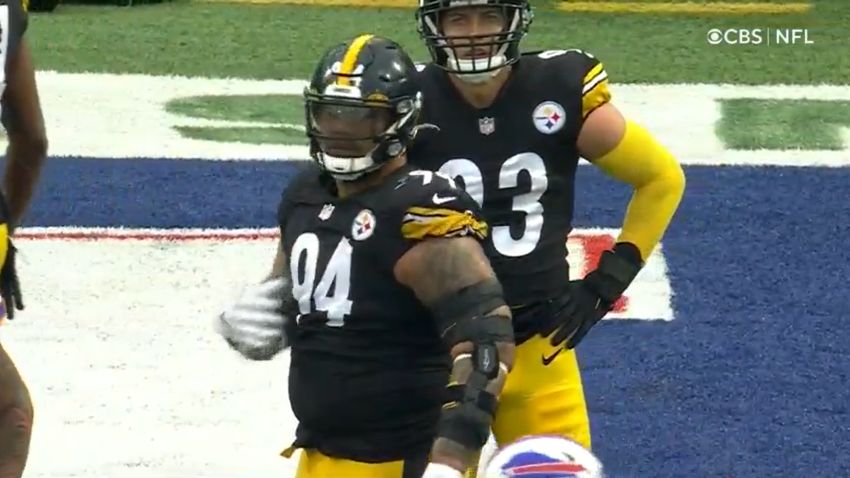 Much has been made of the Pittsburgh Steelers’ rotation of personnel within the secondary this past Sunday. Conversation has also surrounded their outside linebackers working in and out of the lineup between T.J. Watt, Melvin Ingram, and Alex Highsmith.

Less has been made about the rotation that they worked along the defensive line, even if it was prominent, exhibited by Cameron Heyward’s only playing two thirds of the team’s defensive snaps. Heyward played 74 percent of the snaps or more in all but one game last season.

But even with Stephon Tuitt out, the Steelers wanted to keep it moving along the interior, so we saw Tyson Alualu get more snaps, especially since they played so little in base, while Chris Wormley was on the field nearly half the time, and we also got meaningful snaps from Carlos Davis and Isaiah Buggs.

That was not without intention, not just in personnel but also in how they were deployed and disguised. “With teams that can get into a good rhythm, you try to give different looks so that it’s not that easy of a read for him to make”, Alualu told reporters earlier in the week, “whether it’s a quick pass or him taking off and running. So when he doesn’t have those, we’re trying to affect the quarterback, I think that definitely helps us”.

The less information the opposing quarterback can glean about your defense from his pre-snap read, the better shape you’re in, because if you can entirely read a defense before the snap, then you already know exactly what the play is going to be.

If you have to read with the ball in your hands, you introduce a lot more uncertainty. When you can match that up with a potent pass rush, you speed up that internal clock, and you see the ball come out faster, and in poorer fashion in terms of delivery and target.

“It’s part of the gameplan throughout the week, depending on who we’re facing”, Alualu said about how they vary the defensive line looks. And he feels they did see the effects on Josh Allen last week. “Letting him know that we’re right there, so on the next play, making him throw the ball maybe a little bit earlier”.

They should be able to do the same thing to the Las Vegas Raiders and quarterback Derek Carr, who squeaked by a close one against the Baltimore Ravens. But the Steelers offensive line and quarterback Ben Roethlisberger will have their hands full, as well, it must be said.