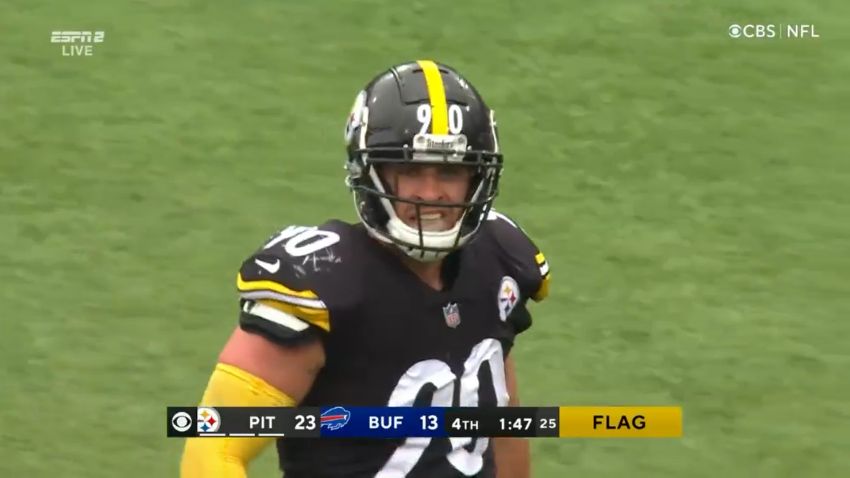 Just minutes after Pittsburgh Steelers’ outside linebacker T.J. Watt became the highest-paid defender in the NFL last Thursday, questions started to fly around about Watt’s availability for Sunday’s matchup with the Buffalo Bills, in terms of how many snaps Watt would play, and how productive he could possibly be after sitting out team drills throughout training camp and the preseason.

So much for that, eh?

Watt looked incredibly fresh on Sunday, recording two sacks and forced fumble against Josh Allen and the Bills while looking like he never missed any sort of time throughout the offseason. Despite the terrific performance in Week 1, the question around Watt was how his body would respond to the workload right away in Week 1.

So far, so good for Watt, who appeared on the Movin’ the Chains show on SiriusXM NFL Radio with Pat Kirwan and Jim Miller Friday evening and addressed how he was feeling coming off the Week 1 win.

“Yeah, it was one of those things where I woke up the next morning and I felt a whole lot better than I actually had anticipated,” Watt said. “It wasn’t until really then the next day or two days post game where I started to feel some of the soreness, but, I was still squatting heavy like a normally do on Mondays and had normal workouts Monday, Tuesday, and Thursday of game week this week. And I feel pretty good still. So I was shocked at how well my body responded to going basically from zero to 60. And, uh, let’s hope I can continue to have that trend going into the season here as we progress through the middle part of this.”

Watt is an absolute machine at this point, and the fact that he still feels so fresh and his body is responding so well after a heavy workload on Sunday should be concerning for Las Vegas Raiders’ rookie right tackle Alex Leatherwood ahead of Sunday’s home opener at Heinz Field.

Add in the fact that the Steelers will be able to keep Watt fresh throughout the game due to the three-headed monster the Steelers possess at outside linebacker with Melvin Ingram and Alex Highsmith joining the All-Pro pass rusher on the field, it should be trouble for right tackles all season long facing off against arguably the top defender in football week after week.