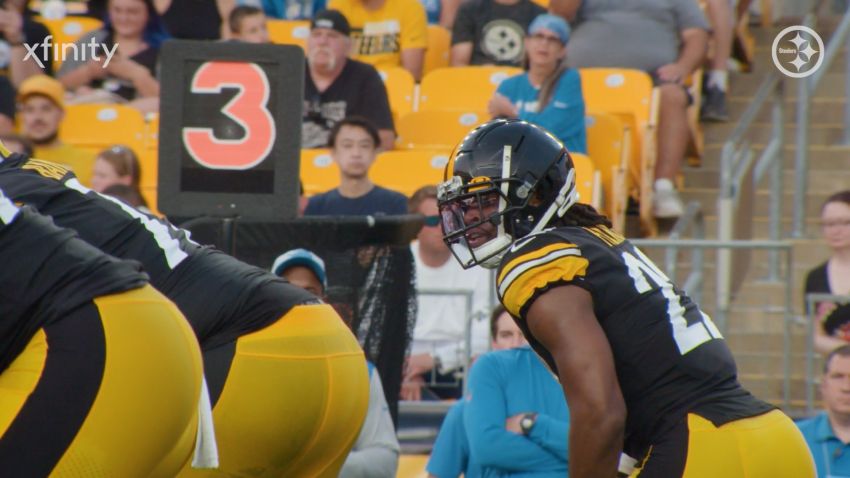 The hype train continues to roll down the tracks at a high rate of speed for one Najee Harris, who figures to be a focal point of the Pittsburgh Steelers’ offense this season.

After being drafted No. 23 overall in the 2021 NFL Draft by the Steelers, a lot of hopes and dreams ride on the legs of Harris, who is coming into the 2021 season as the No. 1 running back in Pittsburgh, one that will be expected to carry a heavy load on the ground and through the air.

While that should make Harris a hot commodity at running back in fantasy football, former NFL running back Maurice Jones-Drew has Harris ranked highly at the position heading into the 2021 season overall, identifying him as a top 10 leading rusher this season.

“To kick off this year’s RB Index, I’ve decided to simply project the top 10 rushing leaders for 2021,” MJD writes. “Remember, the league added a 17th regular-season game to the schedule, so we could be in for jaw-dropping production on the ground, especially with this year’s crop of backs.”

“The Steelers watched their offense sputter down the stretch last season without an efficient run game,” MJD writes. “Don’t expect that to be the case with a bulldozer in the backfield like Harris, who forced 71 missed tackles on rushes and gained 821 rushing yards after contact in 2020 (both second-most in the FBS). A dominant defense and an aging quarterback is a recipe for Harris to get 300-plus carries in his first pro season.”

While I don’t see Harris getting 300-plus carries as a rookie, he’ll no doubt eclipse 300 total touches on the ground and through the air in 2021. The workload will be heavy right away for the first-round pick, as the Steelers view him as the key to a resurgent rushing attack. While a rebuilt offensive line and a relatively new offensive scheme remains to be seen, Harris should be able to thrive in Pittsburgh as the bellcow back.

MJD didn’t put actual numbers on Harris’s rookie season, but I wouldn’t be shocked if the Steelers’ new star running back rushers for more than 1,100 yards on the ground in 2021, putting him firmly in the top 10 of rushing leaders in the NFL this season.