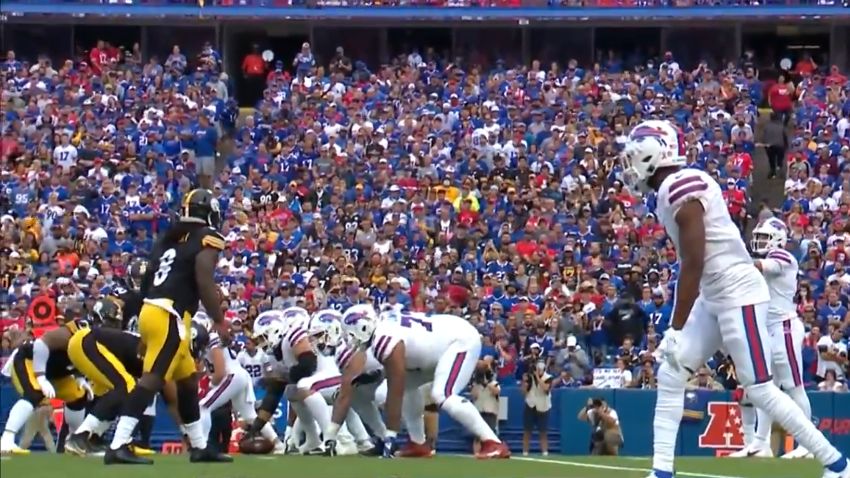 The Pittsburgh Steelers knew that they needed help, at some point, after parting with outside linebacker Bud Dupree in free agency, and failing to significantly address the position during the 2021 NFL Draft. While they were not in a rush, they kept their options open, and ultimately added three-time Pro Bowler Melvin Ingram to their edge mix.

That’s already proven to be a potent concoction, combined with T.J. Watt and second-year Alex Highsmith, who is demonstrating that he is very much in the same conversation as his more decorated peers, and that it will only be a matter of time before the rest of the league finds out.

All three edge rushers had the opportunity to play a healthy number of snaps on Sunday against the Buffalo Bills, and all of them had an impact. Nobody is jockeying for more snaps, because, as Ingram told reporters earlier today, they know it’s all toward one goal.

The trio accounted for something like 20 pressures just amongst themselves against Bills quarterback Josh Allen and what is supposed to be a very competent offensive line, which is not good news for the visiting Las Vegas Raiders this week. And that they’re able to play off of each other like it’s second nature won’t make it any easier.

“We work out here together every day. Day in and day out, we put the work in”, Ingram said, “so on Sundays, it’s kind of easy, because we work so hard during the week, during training camp, and through all that stuff, and we all understand our role”.

That’s particularly commendable given that Ingram only signed shortly before training camp, but he is a wily veteran who has always displayed the ability to move around on the field. And he’s even had the opportunity to work with Watt and Cameron Heyward in the Pro Bowl before, with the Steelers’ coaching staff on-hand.

“I think it’s big” to have the rotation that they have, he said, “because everybody understands what their role is, and everybody understands how we’re gonna play. I feel like it’s not just us three; it’s everybody. Everybody upfront, we all rotate, and we’ve all got a great rotation. We all work good together, and that’s the best part of all of it”.

Many observers were skeptical about the Steelers’ ability to keep up the same level of pressure after losing Dupree in the offseason, who had risen to a Pro Bowl level in his play. But Highsmith is very much living up to his potential, so far, and the addition of Ingram was a welcome surprise. As a result, their pass rush may be even better this year.