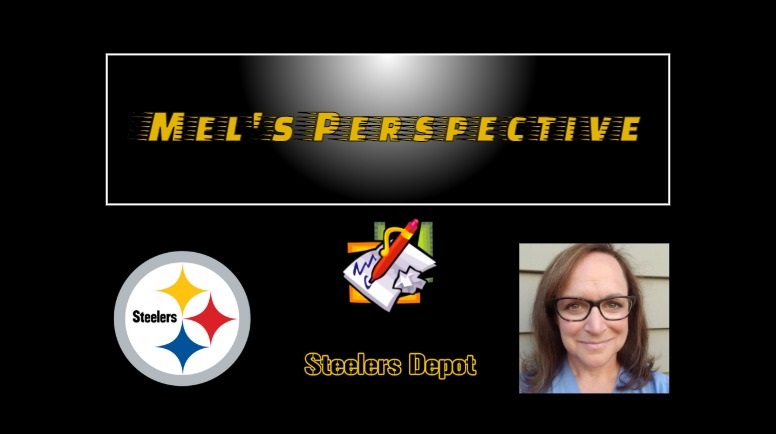 It was no surprise when the Pittsburgh Steelers drafted Alabama star running back Najee Harris in the first round.  The team made their plans pretty clear, and it was equally clear that HC Mike Tomlin and GM Kevin Colbert considered Harris an every-down back, able to run downhill and run routes on passing plays.

In his NFL debut, the rookie RB played every single one of the offenses plays, a total of 55 snaps with 16 rushes for 45 yards and 1 reception on 3 targets.  He was the only RB of 32 teams to play every down in Week 1.

When asked about the choice to have Najee on the field for every play the offenses ran, Coach Tomlin had this to say:

“We were monitoring his conditioning and how the game went for him, was the first time.  He’s a highly conditioned guy.  We weren’t moving the ball fluidly enough in the first half where it became an issue and so that’s really where it captured your attention, early in the game.  You know, you burn a lot of fuel early in the game as a young guy, anxiety, and so forth.  And so it became less of an issue as the game wore on.  He settled down, we found our rhythm, and so I was happy with how that transpired and unfolded and the same can be said for the quality of his play as the game unfolded.”

It sounds like it wasn’t a definite plan for Harris to play all 3 downs the whole game and it was a decision made in real time.  But isn’t that too much for any running back, no matter how buff they are?  As always, let’s look at this from a data standpoint.  Because if you know anything about me, I’m a data girl!

Does the number of snaps lead to problems down the road?

Once upon a time, Michael Fabiano wrote a piece for nfl.com back in 2009 suggesting that NFL running backs hit a wall when they turn 30 and that has pretty much been the urban legend everyone believes.  The only problem is that Fabiano didn’t prove his point statistically, so it was basically his opinion.  And you know my thoughts on perception without data.

I came across a thesis written by Chase Kennedy while he was at Bryn Mawr (which coincidentally is in Pennsylvania), who attacked the issue from a mathematical standpoint.  His paper has an incredible depth of data and you can read it here.  But after crunching an insane amount of data in a scientific approach, here’s what he found:

Running back production decreases gradually from the age 27-32

Ok, but is that due to age or the number of carries (i.e., wear and tear)?

Here’s what he found:

Kennedy concluded that it’s mileage, not years, that make the difference and most running backs “hit the wall” at 1750 career touches.

One thing to keep in mind is that Kennedy looked at RB data since the 1970 merger and athletes have much more sophisticated methods for maintaining fitness and health these days.

Andrew Aziz, a senior writer for SB Nation who covers the Colts and is also a business school grad, crunched the numbers to determine the running back wall in terms of college and NFL snaps.  He chose running backs with exceptional and long careers, so there is a bit of a bias.

Here is the number of career touches where each hit his wall and production declined:

So what does that mean for Najee?  He had 638 carries and 80 receptions in his 4 years of college.  If he played all 3 downs on the offense in every game this season, how soon would Harris hit the magic number of 3050?

Over the past 5 seasons, the Steelers have averaged 1080 offensive plays (not counting punts) per season.  Add the 17th game in 2021 and the team will run an estimated 1148 plays.  Obviously, Najee won’t touch the ball on every down but even assuming the Steelers had a 2:1 ratio of pass plays to running plays, Najee would have 382 rushes his rookie season.  Then add another 66 receptions per year (based on Le’Veon Bell’s average over his 5 seasons in Pittsburgh) and the 1st round draft pick will have 448 touches per year before he ever gets to the playoffs.  Based on this Harris would hit his wall in his 7th year, when he is…27 years old, early in his 6th season.

Compare that to future Hall of Famer RB Adrian Peterson, who is a free agent interested in playing in what would be his 15th season in the NFL.  Keep in mind that he missed almost an entire season due to an ACL tear (but then came back the following year with 1485 yards rushing and another 357 yards receiving), Peterson racked up 2659 touches over his 10 years with the Minnesota Vikings before moving around the league for the next 4 years.  His current total stands at 3493, so he is on the back side of his career even if he gets another contract, but he still rushed for 604 yards on 156 carries in 2020, his 14th year in the league.

The Steelers spent a 1st round pick on Najee Harris and based on everything we’ve seen so far, the rookie is a bright, mature, gifted athlete with a fantastic football IQ to match an incredible work ethic.  This is a player who will easily be worth signing to a second contract (a surprisingly uncommon event with running backs) if Najee lives up to our expectations.  But to get there, the team can’t wear down his tread in the first 4 or 5 years.

Back in 2007, starting RB Willie Parker (in his 4th season) carried the ball 50 times in the first 2 games of the season. First year HC Tomlin was asked by a reporter about possibly spelling Parker occasionally to reduce his workload.  Tomlin replied that he would “ride Willie until the wheels come off.”  The two-time Super Bowl winning, 2 time Pro Bowl running back was out of the league after only 5 seasons in Pittsburgh.  The Steelers would be wise to take a more reasonable approach with their new rising star Najee Harris, who has the potential to be one of the greatest Steelers running backs in history.