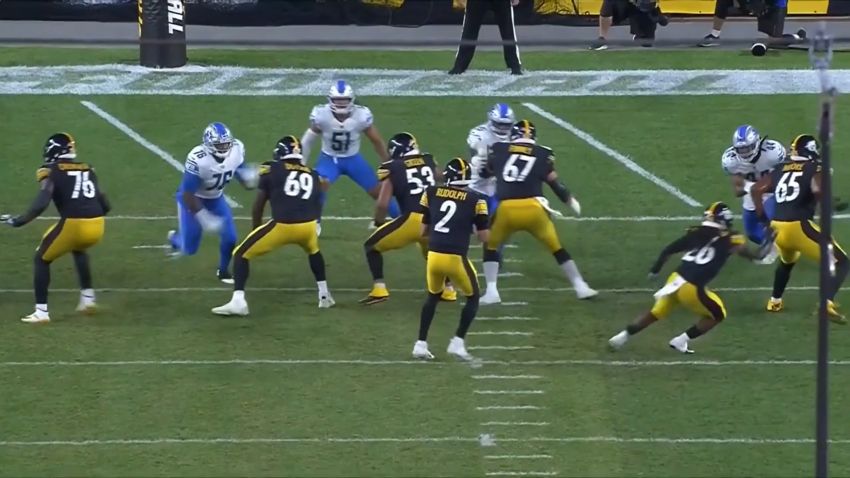 The starting offensive line that will take the field for the regular-season opener will have played zero in-stadium snaps together on their first play against the Buffalo Bills. With the Pittsburgh Steelers having placed projected starting right tackle Zach Banner on the Reserve/Injured List, it caused them to adjust, shifting left tackle Chukwuma Okorafor back to the right side and plugging in rookie Dan Moore Jr. on the left.

That has merely been a continuation of what we’ve seen throughout the offseason, however, the lineup shifting frequently, the end result being that virtually everyone has at some point lined up next to everyone else. The linemen see a sort of comfort in that.

“I definitely feel like we’re gelling”, second-year Kevin Dotson told reporters last week. “We’re getting way more close, and we can communicate better. We’re getting way better with communication. We’re not asking each other every time now; we can just kind of nudge that this is about to happen or I’m about to do this instead of actually saying the full thing”.

Dotson only spent a period of time in-stadium working next to Moore at left tackle, as the former missed the first preseason game, but they both played on the second-team line a week later, Okorafor starting at left tackle in that game and Rashaad Coward at left guard.

At least once training camp opened, it should be said that the center position has been pretty stationary, as rookie Kendrick Green worked with the first-team group whenever he was available—he had, I believe, a total of three excused absences over the course of camp.

Left tackle, however, fluctuated quite a bit, as Okorafor was sidelined for the start of training camp, giving Moore the opportunity to log a lot of quality time there initially. With Dotson seeing some time on the second-team line, he also got to work with B.J. Finney and J.C. Hassenauer at center.

It’s been a long time coming, but it does seem that at least the initial starting five is finally crystalizing, with Moore at left tackle, Dotson at left tackle, Green at center, veteran Trai Turner at right guard, and Okorafor on the right side.

What happens when (or if) Banner gets back remains to be seen, and could depend on Moore. If he plays well enough to stay at left tackle, then it could just be a battle between Banner and Okorafor to see who plays at right tackle. That would be the best-case scenario.