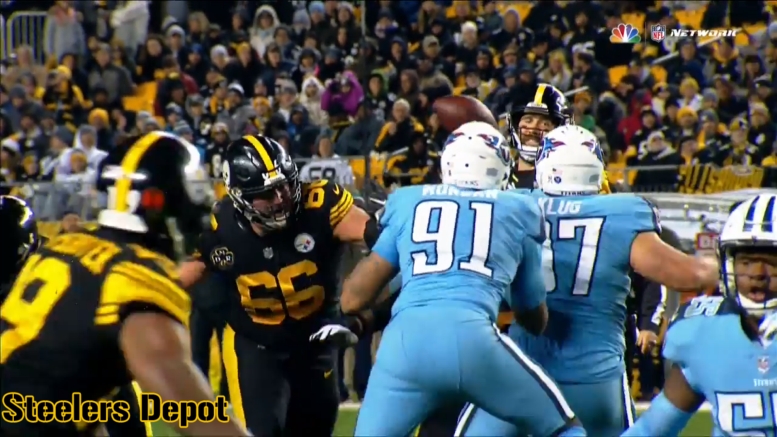 After nearly signing with the Baltimore Ravens or the Kansas City Chiefs, fifth-year veteran wide receiver JuJu Smith-Schuster decided to return to the Pittsburgh Steelers this offseason, a system in which he feels most comfortable and in a scenario he believes will maximize his opportunity to revitalize his value as he hits the open market again in 2022. Part of that, as he’s said multiple times this offseason, was continuing to play with quarterback Ben Roethlisberger.

“He’s looked great. I was just telling everybody, he’s a guy that’s working on the sideline. When the offense is taking a break, he’s out there doing extra cardio”, he recently told Jim Rome on CBS Sports Radio about the 39-year-old. “I’m super excited, because I think this is our best year yet. We’re going into this one knowing that we have the guys that we have, the guys that we drafted for this offense, and I can’t wait to play”.

Through his first four seasons in the NFL, Smith-Schuster has recorded 308 catches for 3726 receiving yards, with 26 touchdown receptions. He caught 97 passes last year for 823 yards, topping out at a career-high nine touchdowns.

But the inefficiency of the offense left him in a bind. They couldn’t run the ball, so they were stuck throwing it, and they couldn’t pass protect for long, so the offense became limited to quick-release throws and deep shots. The intermediate game, which would be Smith-Schuster’s primary range, dried up.

There’s reason to believe that will be different his year, with plenty of new personnel, new coaches on the staff, including a new offensive coordinator, and the fifth-year receiver in particular has been excited about Matt Canada’s ideas about getting playing in positions to make plays.

But he also knows it’s not a one-man show. They have a wide receiver group that is building continuity, now together for a second season. “The group is really good”, he said. “You’re talking about five guys that came back from last year who played with Ben and this offense. We know the chemistry, we know what we’re made of”.

While Diontae Johnson and Chase Claypool are the other primary threats, fourth-year James Washington is also hoping to play as big of a role as he can get, and Ray-Ray McCloud could potentially be more involved than he was last year, originally signing during training camp.

Smith-Schuster is excited to find out how it all plays out. The rest of us will be waiting less with excitement and more with anxiety to see what the results look like—hopefully with the patience of understanding that this will be a work in progress.