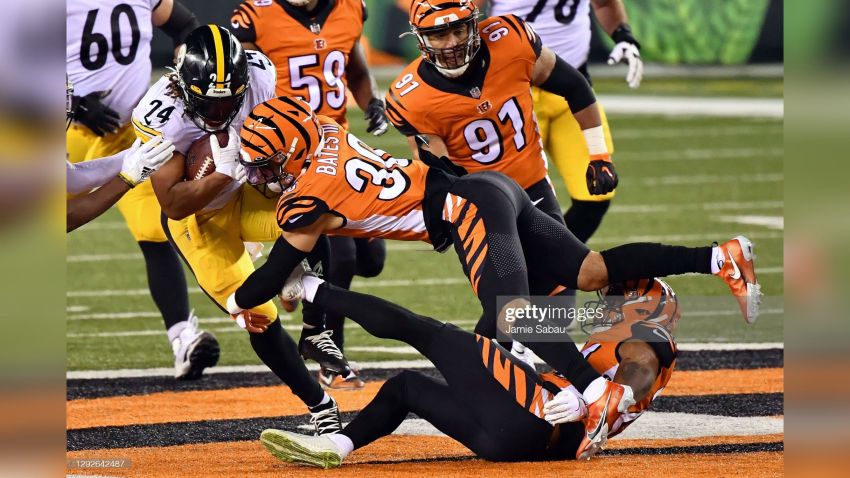 They say business is business, but money has a funny way of getting personal. I don’t think I need to explain why. When you see others in a position similar to yours get paid, and you don’t, you have to ask yourself why, and that’s what Cincinnati Bengals fourth-year safety Jessie Bates III has on his mind this year after the team showed little interest in signing him to a contract extension.

While he has never made a Pro Bowl, Bates is regarded as one of the better young safeties in the NFL, recording nine interceptions in his first three seasons, for example, with 31 passes defensed and 320 tackles. Reliably posting 100-plus tackles and three interceptions a year is rare, but he has done that. Which is why he thinks he should have gotten paid.

“I’m going to continue to show it with my play and be a little pissed off”, he told reporters last week. “That’s kind of how I’ve been my whole life, honestly. I haven’t really been a big name. Some of the people that were my people probably didn’t believe I would make it this far. That’s why my slogan is ‘Just Believe’. It’s going to continue to be that. We’re going to see what happens next year”.

The thing is, the Bengals are not stingy with money when they actually have good players to sign. They did extend Sam Hubbard this offseason to a big deal. While they let Carl Lawson go in free agency, they spent just as much replacing him with Trey Hendrickson. In fact, they have spent quite a bit in outside free agency over the past two offseasons.

Bates played all but one snap for the Bengals in their season-opening overtime victory over the Minnesota Vikings last week, recording nine tackles in the process, three of which were classified as defensive ‘stops’.

Originally drafted in the second round in 2018, 54th overall, out of Wake Forest, he was a popular player come draft time, including in Pittsburgh, during which class the Steelers ended up selecting Terrell Edmunds at safety over him with their first-round pick. They would later acquire Minkah Fitzpatrick, the other first-round safety in that class, via trade a year later.

The team picked up Fitzpatrick’s fifth-year option, and is due for a big contract extension next year, but they did not pick up Edmunds’ option, meaning, like Bates, he is due to become an unrestricted free agent in March.