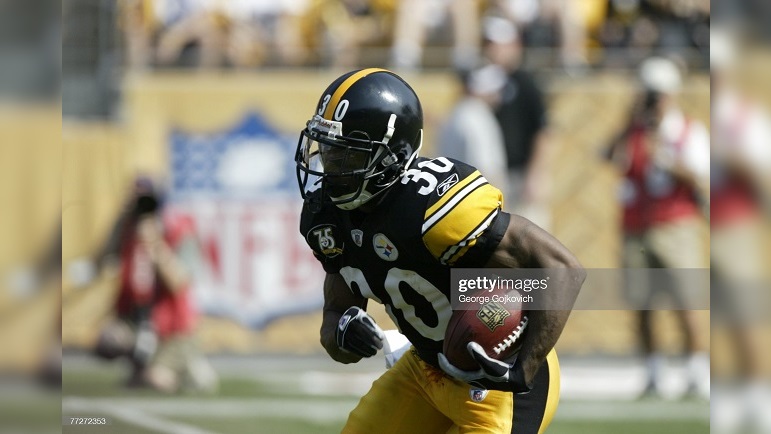 Are you sitting and waiting for the Pittsburgh Steelers to make another trade for a player before the team’s Week 1 game against the Buffalo Bills takes place? While its certainly feasible and plausible that the Steelers could wind up trading for player in the next week, based on the history of the team doing so at this portion of season, it’s probably unlikely to happen.

Since arriving in Pittsburgh in 2000, historical transaction records show that Steelers general manager Kevin Colbert has only traded for players five times in total after the team’s final preseason game was played and before the Week 1 game of the regular season. That’s obviously not a huge span of time between games, but the history of that span is the history, nonetheless.

8/30/2003 – The Steelers traded a 2004 conditional draft pick to the Philadelphia Eagles for wide receiver Freddie Milons, a 2002 fifth-round draft pick. Milons, however, wound up being inactive for the entire 2003 season and the Steelers cut ties with him just prior to the start of the 2004 regular season.

9/1/2006 – The Steelers traded a 2007 conditional draft pick to the New England Patriots for running back Patrick Cobbs, who at that time was a rookie undrafted free agent signing. After being acquired by the Steelers, Cobbs was inactive for the team’s Week 1 game and then waived. After clearing waivers, the Steelers tried to sign Cobbs to their practice squad, but he decided to sign on with the Miami Dolphins practice squad instead.

9/1/2007 – The Steelers traded a 2008 conditional seventh-round pick to the Atlanta Falcons for returner Allen Rossum, who at that time was entering his tenth NFL season. Rossum went on to play in 15 games that season for the Steelers and returned 36 punts for 232 yards and 38 kickoffs for 885 yards and a touchdown. The Steelers released Rossum in February of 2008, however.

9/3/2016 – The Steelers traded a 2018 sixth-round pick to the Cleveland Browns for cornerback Justin Gilbert, a 2014 first-round draft pick. Gilbert arrived in Pittsburgh still on his affordable rookie contract. Gilbert went on to dress for 13 regular season games in 2016 but he only played 11 defensive snaps in total. His 112 special teams snaps weren’t very memorable, and the team ultimately waived him in February of 2017.

9/3/2017 – The Steelers traded a 2018 sixth-round pick to the Tampa Bay Buccaneers in exchange for J.J. Wilcox and a 2019 seventh-round pick. The Steelers then quickly turned around and restructured Wilcox’s contract to free up a little bit of salary cap space. Wilcox played sparingly on defense in 2017 and he did log some snaps on special teams. He was inactive for four games that season, with three of those games being in December. The Steelers predictably parted ways with Wilcox just after the 2018 NFL Draft took place.

So, as you can see, one must go back to 2017 to find the last time that the Steelers traded for a player after the preseason ended and before the team’s Week 1 game. As the list of transactions above shows, the Steelers best acquisition that fits the timespan criteria under Colbert was Rossum, who only functioned as returner and for just one season. None of the five players listed above were expensive either contractually or draft pick compensation wise.

If the Steelers are going to trade for a player before Week 1 this year, such a deal would like transpire before Tuesday or Wednesday of the next week. Personally, I will be surprised if Colbert does trade for a player in the coming days. If he does, however, I wouldn’t expect the player traded for to be very expensive at all.