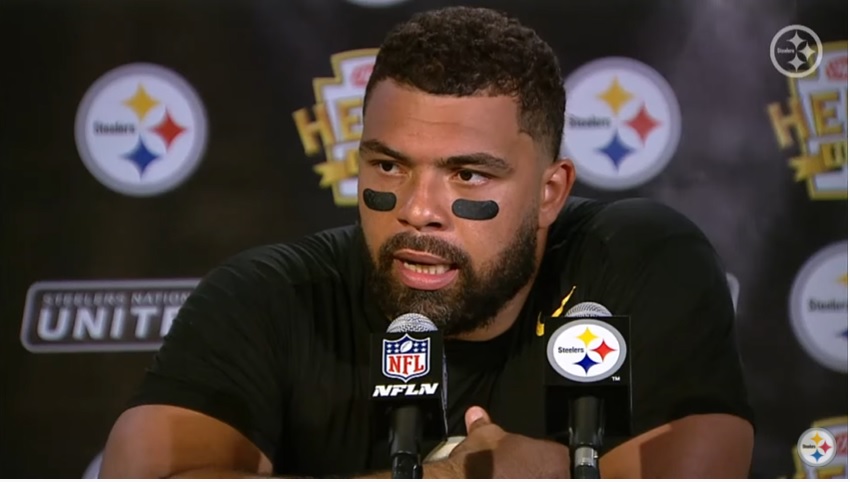 Talking with reporters after the game, Heyward spoke to the group that’s left standing who will have to assume much larger roles.

“We’re going to have to be,” Heyward said when asked if the group would be ready. “They will be. Coach Dunbar will get us ready. Anytime we’ve had injuries before we’ve had guys step up.”

Already without Stephon Tuitt, placed on IR before the season, Alualu fractured his ankle early in Sunday’s loss to the Raiders. Reportedly, it’s a season-ending injury. Carlos Davis was inactive due to injury, leaving the team with four healthy lineman on the 53: Chris Wormley, Isaiah Buggs, Isaiahh Loudermilk, and Heyward. And even Buggs was far from 100%.

“I got my first taste of nose today,” Heyward said. “Buggs went down for a couple of plays. Whatever it takes. We have to see what we can do.”

They’ll rely on the above names, the hopeful return of Davis, and a practice squader like Henry Mondeaux, who should be elevated once Alualu is placed on IR. Buggs will take over as the starting nose tackle with Davis – assuming he’s available – seeing more work as a sub-package pass rusher.

Pittsburgh’s run defense looked good on paper and played well for three quarters. But the war of attrition worked against them in the end with the Raiders ripping off a couple of runs to effectively close the game out. That included a 13-yard run by Peyton Barber with just over two minutes to go.

Heyward has confidence in the group that’s left.

“Wormley played well. Loudermilk got his first taste of regular season football. Buggs has got to get healthy. Hopefully we can get Carlos back. A guy like Henry Mondeaux can come back to us. We’ll see where Tuitt’s at after this game. With the injuries, guys got to step up.”

Tuitt’s status is unknown but he won’t be available to return to game action until Week Four at the earliest.

Pittsburgh will face a run-first Bengals team in Week Three, an offense likely to test the remaining strength of the Steelers’ d-line. Led by RB Joe Mixon, who ran for 127 yards in the season opener, though he was held in check by the Bears’ defense today. It’ll be a crucial AFC North battle with both teams at 1-1. Heyward will be the lead man, as he always is, but he can’t be the only one.