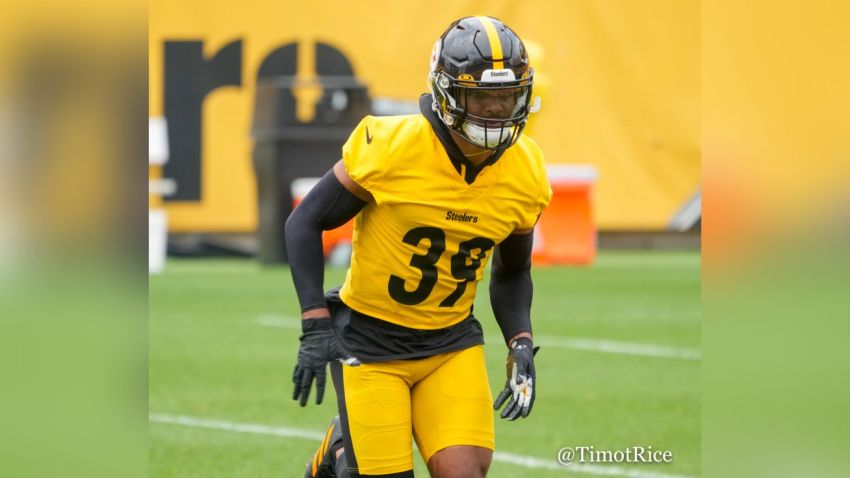 Much has been made about how the Pittsburgh Steelers used Minkah Fitzpatrick against the Buffalo Bills last Sunday. Some of that isn’t new, Fitzpatrick rotating is something he did regularly last season, but it was still effective against Josh Allen and company. So let’s take a look at what Fitzpatrick and the Steelers did.

First example here is probably the best one. Potential two-high/quarters look pre-snap. But on the snap, Fitzpatrick rotates down as the Robber. Josh Allen looks right on the snap and wants to throw the football but pulls it back once he sees Fitzpatrick (and good coverage by NCB Tre Norwood). Allen is forced to go through his progressions and looks left. By then, the pressure gets home and Allen’s pass falls incomplete.

Another example here. Fitzpatrick is the deep free safety pre-snap but rotates down into underneath zone coverage on the snap. Cam Sutton rotates with him to become the new deep, post safety. Fitzpatrick squeezes the curl and forces Allen to work to Dawson Knox in the flat on third down. Knox is able to get enough YAC for the first down but Fitzpatrick made the Bills earn it here.

Watch Fitzpatrick here. Really nice disguise and rotation. Fitzpatrick is aligned in the slot to the top in this play. But on the snap, Tre Norwood rotates down over the slot while Fitzpatrick becomes the Robber, the free-zone player running across the middle to take away anything underneath.

He comes across the field and nearly makes a play on this slant to Stefon Diggs but is just a little late and the pass is complete. Check out the end zone view and watch #39 appear out of nowhere on the screen, following the QBs eyes the whole way.

Fitzpatrick’s alignment also made him a threat in the run game. Nickel corner here to the right of the screen. RPO here and Allen gives the ball at the mesh point. Fitzpatrick reads it, squeezes it, and comes downhill to chip in on the tackle as the back tries to bounce the ball to the right (thanks to Alex Highsmith turning him back).

Fitzpatrick aligned all over the place against the Bills. From his traditional deep safety spot and a variety of others. Check out a bunch of examples. 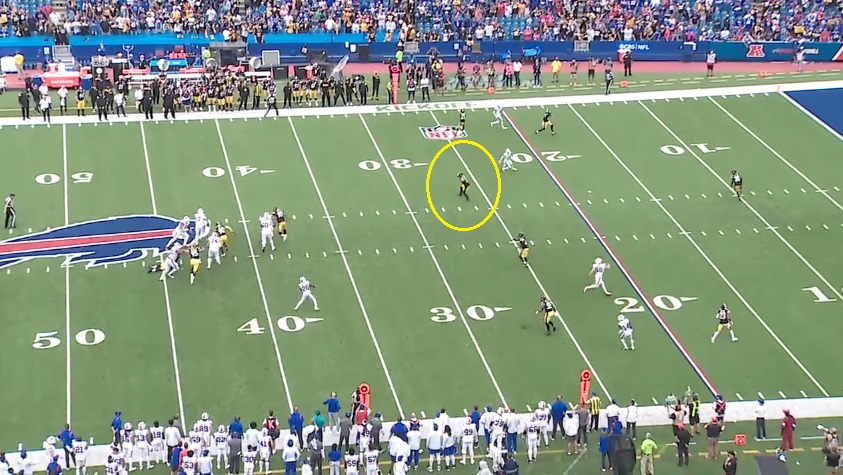 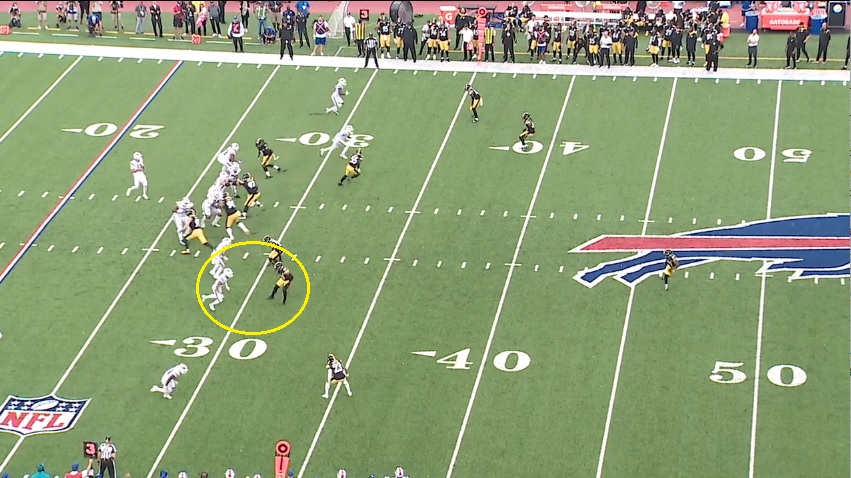 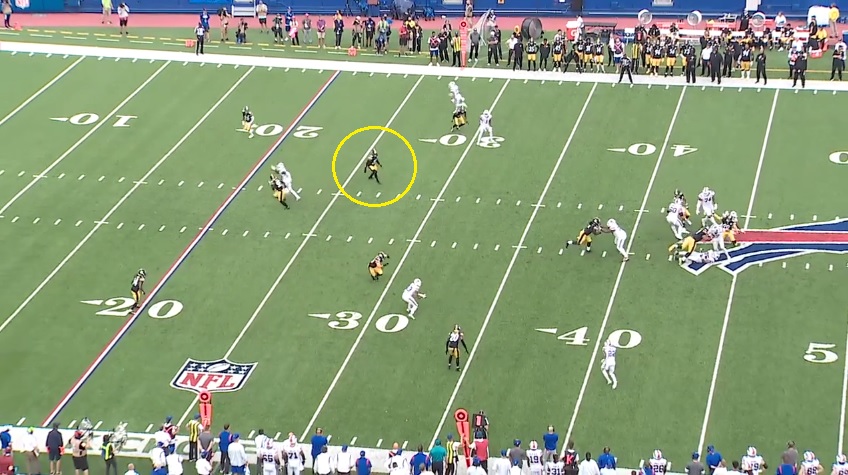 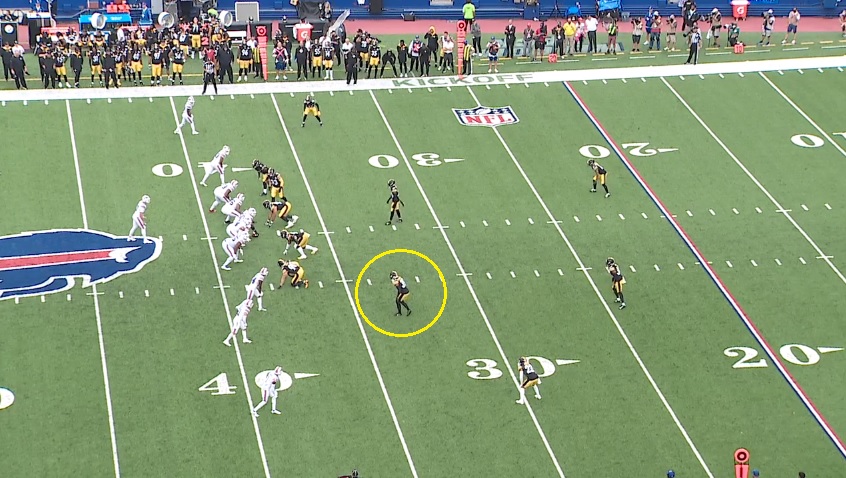 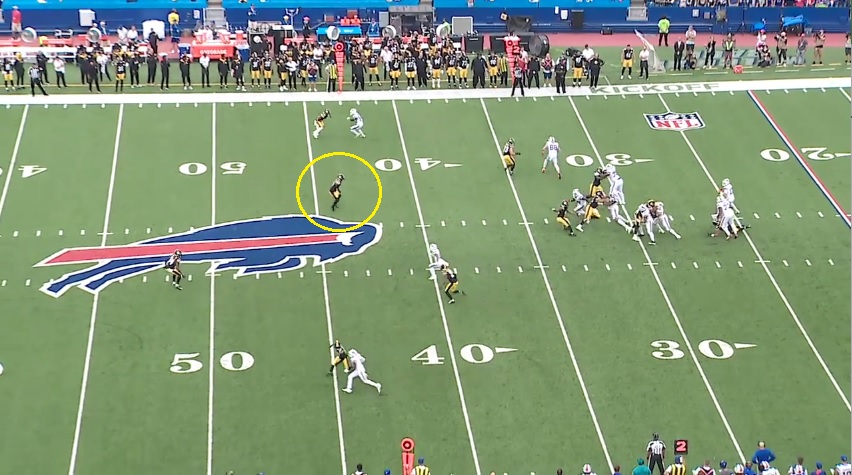 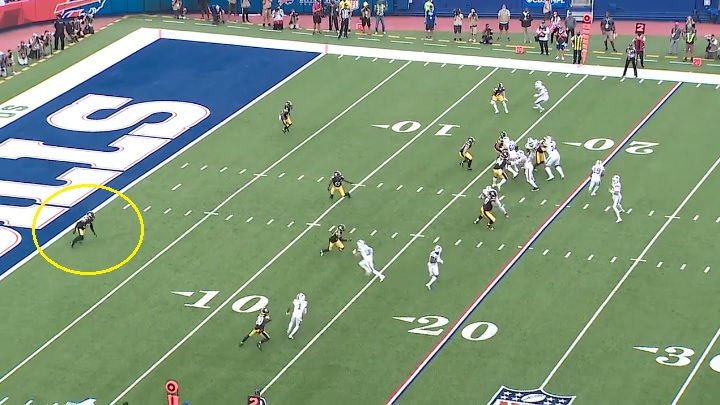 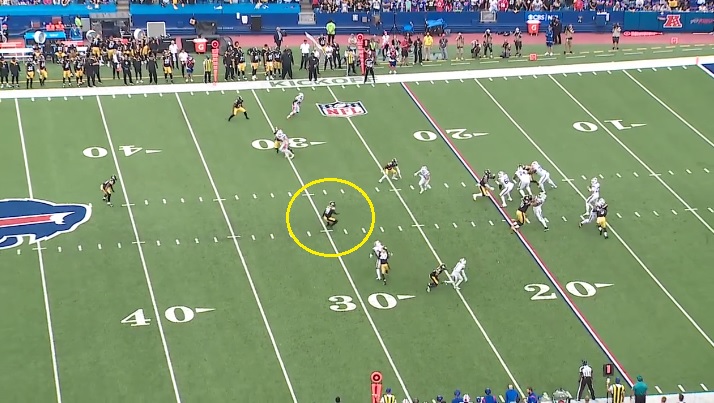 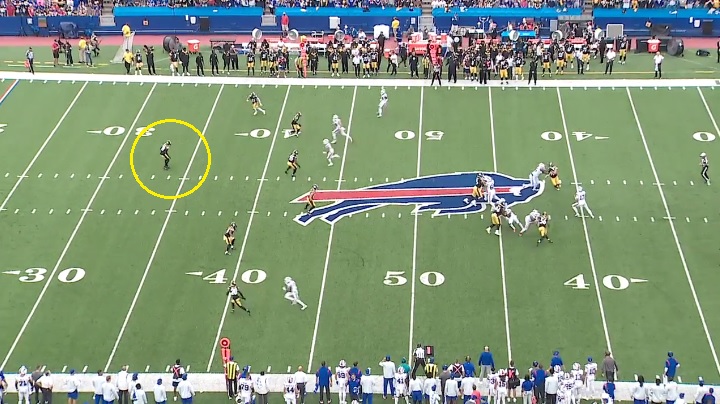 If I could put a heat map of where Fitzpatrick played Sunday, there’d be marks all over the field. Again, I want to be careful of pretending this is a super radical thing the Steelers are doing. Fitzpatrick did a lot of this last year. But it was a bit more pronounced against the Bills and he certainly played more as a slot corner than he did in any game last year.