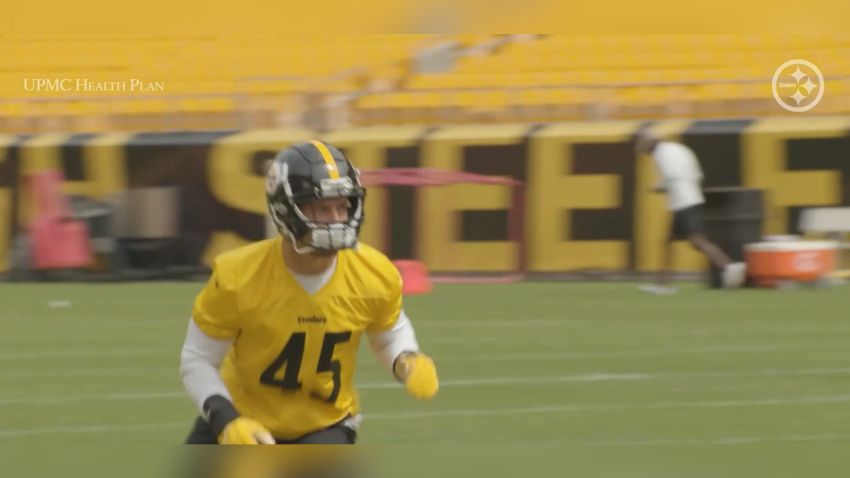 Growing up, I was always subject to watch the reality TV shows my parents were interested in at the time. Whether it be my mom’s early obsession with The Bachelor, my dad’s fascination with Pawn Stars, or our family’s weekly ritual of eating ice cream while watching the first few seasons of America’s Got Talent, live TV was the go-to growing up when sports weren’t on. Fast forward to today where we all have our own Netflix accounts to stream whatever shows we want, and family movie nights have sadly become a thing of the past. However, one show that was a constant during childhood that I thought applied well to the Pittsburgh Steelers defense was Extreme Makeover: Home Edition.

In this television show, one selects family would earn a week-long trip while show host, Ty Pennington, and his crew of designers would renovate a house for this family while they are away. The show crew would overhaul every room, as well as the exterior and landscaping in five days’ time to completely shock the family upon arrival back to their home, not being able to recognize their old home from what they see when they return.

Now the current Pittsburgh Steelers defense shouldn’t be considered “completely unrecognizable”, but I do think it is fair to say that this unit has received an extreme makeover of its own over the course of the offseason. GM Kevin Colbert took on the task of playing the role of Ty Pennington for the Steelers, losing the likes of Bud Dupree, Steven Nelson, Mike Hilton, Vince Williams, Avery Williamson, and Ola Adeniyi during a tumultuous off-season where Pittsburgh would be tasked with rebounding after succumbing to a late-season skid that culminated in a first-round exit from the 2021 NFL Playoffs by the hands of the division-rival Cleveland Browns.

Due to the lack of cap space and number of players that had contracts expiring, it was expected that Pittsburgh would be losing some key contributors on the defensive side of the football. Dupree opted to cash in on a lucrative contract with the Tennessee Titans and Mike Hilton followed suit by signing with the Cincinnati Bengals. Williamson was left unsigned and Adeniyi followed Dupree to Nashville. Vince Williams was cut by the team to save cap space but was later resigned for the league-minimum. However, Williams decided to hang up his cleats before the start of preseason action, opting to retire from football. Nelson was a surprise cap casualty by the Steelers, resulting in him taking a deal with the Philadelphia Eagles.

This flurry of moves left the Steelers defense in disarray from the unit that was near the top of the league in most statistical categories. Sure, the unit still had superstars like T.J. Watt, Minkah Fitzpatrick, and Cam Heyward returning, but there were several key holes that needed filling to prevent a huge drop off in play.

That’s when Colbert went to work. He ditched the previous narrative of not being aggressive in free agency pursuing older, high-profile defensive players by signing EDGE Melvin Ingram to a one-year deal to form a menacing trio of T.J. Watt, Alex Highsmith, and Ingram at outside linebacker. He trusted his gut on the development of in-house options Cam Sutton, James Pierre, and Justin Layne, of which Pierre had a great training camp and preseason finale against the Carolina Panthers to give a nod of confidence he may be ready to the increased role in 2021.

Colbert wouldn’t stop there. Knowing that time was ticking on the arrival of the 2021 season, he packaged a sixth-round draft choice to acquire ILB Joe Schobert from the Jacksonville Jaguars, a former Pro-Bowler at linebacker whose specialty is coverage and was sorely needed after seeing the porous performance of the ILB room attempting to cover RBs and TEs in preseason action.

Colbert scanned the final cuts across the league to find potential answers to fill key needs. He inked former first-round pick and 2016 NFL Draft darling Karl Joseph to the practice squad with the intention to elevate him to the 53-man roster once completing COVID protocol to fill a key need at safety depth and potentially factor in as an answer to nickel and dime packages. Colbert also picked up EDGE Christian Miller, a talented former fourth-round draft choice that has the pedigree to be key reserve and situational pass rusher with more development.

Just as we thought Colbert was about to blow the horn on the project, he made one final move, opting to trade a future 2023 fifth-round draft choice for CB Ahkello Witherspoon from the Seattle Seahawks. Recognizing the need for long press corners and the lack of experience on Pittsburgh’s depth Chart outside of grizzled veteran Joe Haden and Cam Sutton, the move to acquire Witherspoon made sense, providing the secondary with another proven vet who has been a quality starting cornerback for the San Francisco 49ers opposite of Richard Sherman for a stellar defense that not too long ago was competing for a Super Bowl.

And just like that, Colbert wrapped up the finishing touches on the defense just in-time for the start of the regular season. The unit has plenty of the same names from a year ago, but plenty of new faces as well that will be expected to fill the shoes of those who left town for a team hoping to continue to contend for a title in 2021. Much like was mentioned often on the Terrible Podcast by Dave Bryan and Alex Kozora, the feeling after the draft by many Steelers fans was that the sky was falling, and this was the year the Pittsburgh Steelers would fall off a cliff into oblivion.

However, Dave and Alex often referenced that Kevin Colbert had a plan and that the roster would look a lot different than it initially did after the draft. Colbert followed through on this prediction, adding ample talent at all levels of the defense to give the Pittsburgh Steelers defense the players necessary to play at a high level once again in 2021 with the intention of pursuing a playoff berth and hopefully a deep playoff run to follow.

What are your thoughts on GM Kevin Colbert’s moves to give the Pittsburgh Steelers defense a makeover this offseason? Do you think that he has done enough for the unit to perform at a high level this season? Did you expect him to be this aggressive in acquiring players to fill key areas of need? Please leave your thoughts in the comments section below and thanks again for reading!